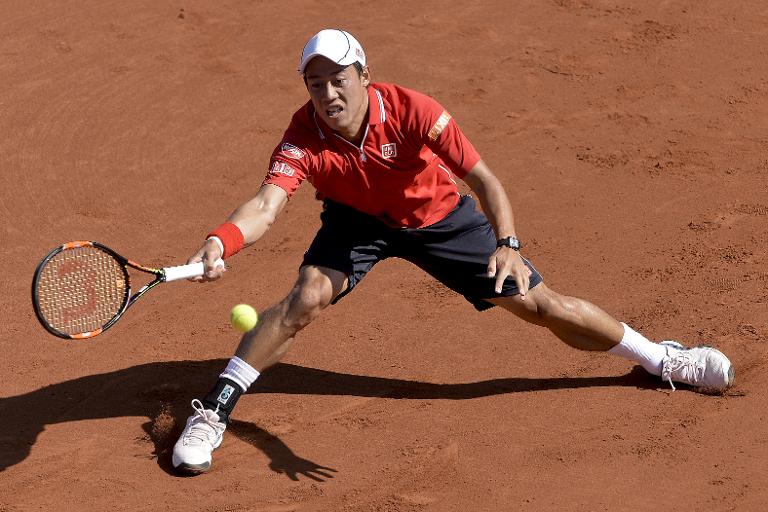 Defending champion Kei Nishikori thrashed Colombian 15th seed Santiago Giraldo 6-2, 6-1 to move into the quarter-finals of the Barcelona Open on Thursday in a repeat of last year’s final.

The Japanese top seed is making his first appearance of the season on clay in the Catalan capital, but showed no signs of rustiness early on as he romped into a 4-0 lead.

Giraldo responded by getting a break of serve back at 4-2, but Nishikori then reeled off the next seven games to take him to the brink of victory and he served it out to make the last eight with ease.

“It was a harder match than the scoreline indicates. I just played better on the decisive points,” said Nishikori.

“It will be a tough match because Roberto is a good player, especially on clay. I expect there will be a lot of long points like today,” he added.

Ferrer took the first set comfortably, but was 4-0 down in the second before winning six straight game to claim his place in the quarters.

“It was the first time I had played against him and he is a player with a great future,” said Ferrer.

“I knew I wasn’t playing at 100 percent and I had to keep running and stay strong mentality.”

Ferrer could meet Rafael Nadal in the semi-finals should both men make it that far.

Nadal will continue his quest for a ninth Barcelona title later on Thursday when he takes on Italian Fabio Fognini.