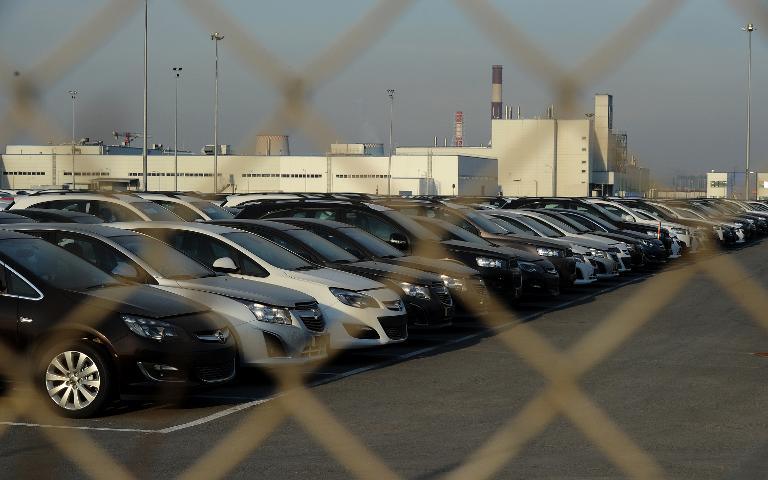 General Motors reported Thursday a jump in first-quarter profit that missed Wall Street expectations as the results were weighed down by the company’s Russia exit and ignition-switch compensation costs.

The largest US automaker posted net income of $945 million for the first three months of the year, up nearly eightfold from a year ago.

But adjusted earnings of 86 cents per share came in sharply below the 97 cents consensus analyst estimate.

The company said net revenue fell 4.53 percent to $35.71 billion, mainly due to the stronger dollar, missing the $37.61 billion estimate.

GM reaffirmed its January outlook on 2015 results, saying it expected full-year earnings to increase from 2014, after adjusting 2014 for the impact of recall costs, including the massive recall for faulty ignition switches linked to scores of deaths.

“Continued execution of our plan, including our capital allocation framework, will drive profitable growth, return on invested capital and shareholder value,” Barra said in a statement.

GM said that it was beginning to report, starting with the first quarter, data on its average return on invested capital (ROIC) in vehicles and technology.