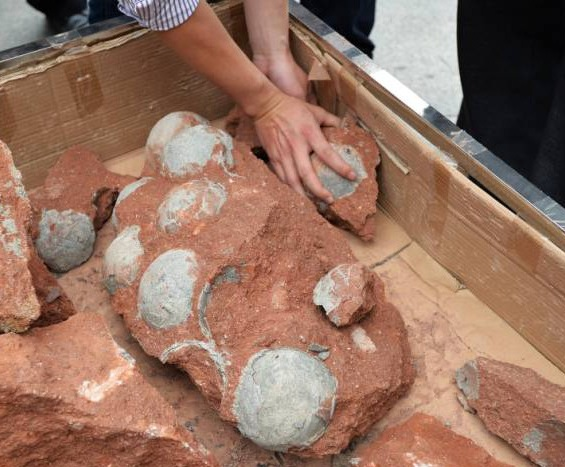 Beijing: Construction workers in southern China’s Guangdong Province made quite a discovery earlier this month.

The crew was working on a road in the city of Heyuan when they discovered 43 fossilized dinosaur eggs, including 19 that were fully intact. The largest was more than 7 inches in diameter.

Thousands of dinosaur egg fragments have been found around Heyuan since the 1990s, earning the city the nickname “Hometown of the Dinosaur in China.”

The Heyuan Museum received a Guinness World Record in 2004 for having 10,008 dinosaur eggs — the largest collection anywhere.

This month’s discovery is the first in the city center, according to a leading Chinese daily. The eggs will now be analysed to determine their species.