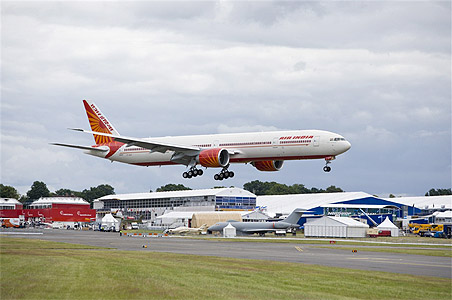 New Delhi: An Air India flight was delayed by three hours after its pilot refused to accept a “dirty” emergency oxygen mask and insisted for a “fresh” one before flying the plane.

Air India has initiated a probe into the incident, which took placeÂ on WednesdayÂ when its Kochi-bound flight from Delhi airport was readying for take-off.

The same aircraft was to fly on two other routes where services got delayed because of the pilot’s refusal to operate the flight due to “unhygienic” mask in the cockpit, an Air India official said.

“The pilot refused to accept the dirty emergency oxygen mask in the cockpit and delayed the flight by three hours. Due to this two other flights were also delayed,” the official said.

“Air India has set up an enquiry into the circumstances, which led to the pilot rejecting the mask. The probe will look into the genuineness of the pilot’s claim,” the official said.

Air India’s on-time performance has in the past come into question from different quarters, forcing the government to monitor the flight operation schedule on a daily basis.

The national carrier had, however, improved its on-time performance with 70% of its flights departing and arriving on time from four major metropolitan cities during February as against a poor 52.1% a month ago.