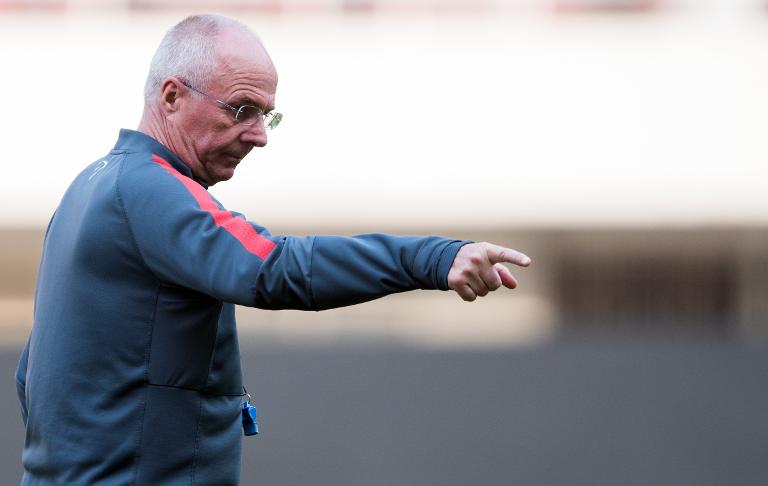 Chinese football could struggle to attract youngsters away from table tennis and badminton and needs a home-grown star playing in Europe before it really takes off, ex-England boss Sven-Goran Eriksson told AFP.

President Xi Jinping has high ambitions for football’s ultimate sleeping giant, including a rumoured bid to hold the World Cup — a tournament 82nd-ranked China have only reached once before.

But speaking to AFP in Shanghai, the well-travelled Swede warned it will take “some years” before any evidence of improvement is apparent.

“The reason for that is that the grass-roots football is almost non-existent,” Eriksson said.

“That is a pity because young people — boys, girls — they play badminton, they play ping pong, they play basketball. Football… almost nothing.”

China dominates Olympic table tennis and badminton, and basketball has a long tradition in the country highlighted by the NBA exploits of Yao Ming.

But Eriksson said Chinese youngsters did not have the access to spaces to play football that children in Europe enjoy, putting them at a disadvantage.

“If you go to the parks it is always written in Chinese ‘Donâ€™t walk on the grass’,” he said, before drawing a comparison to London’s green spaces.

“That is grass-roots football and I think that most of the schools in places like Shanghai they donâ€™t have any space to play football.

China’s breathtaking economic rise has seen its cities and towns develop at a rapid pace, with space for sports fields way down the list of priorities.

But even if Chinese youngsters were given opportunities to succeed, they need an aspirational “big star” to make it in England, Spain or Germany, Eriksson said.

“China needs a Chinese player playing in Premier League, or La Liga or Bundesliga or somewhere, and who can do it with success,” he said.

“That is the only way (for football) to be big in this country.”

Eriksson joined Shanghai in November after an 18-month stint at fellow Chinese Super League outfit Guangzhou R&F, where he was also “ambassador for schools football”.

He is among the big names to have arrived in China as the CSL emerges from years of corruption and sleaze that threatened to derail the sport in the country.

Cannavaro and Eriksson have been at the centre of a cash splurge in the CSL, whose clubs spent 122.2 million euros ($165 million) during the January transfer window, according to statistics from transfermarkt.

The figure is almost double last year’s amount and second only to the English Premier League (186.8 million euros), the German website said.

The 47 foreign imports, including Australia’s Tim Cahill and a raft of Brazilian talent, doubled the CSL’s foreign ranks ahead of the season opening last month.

“The standard of Chinese football is getting better and better,” Eriksson said, praising a league that is now the most-watched in Asia.

But he was elusive on his own reported windfall from the Chinese game, when asked if his annual salary was near the $6 million reported in local media.