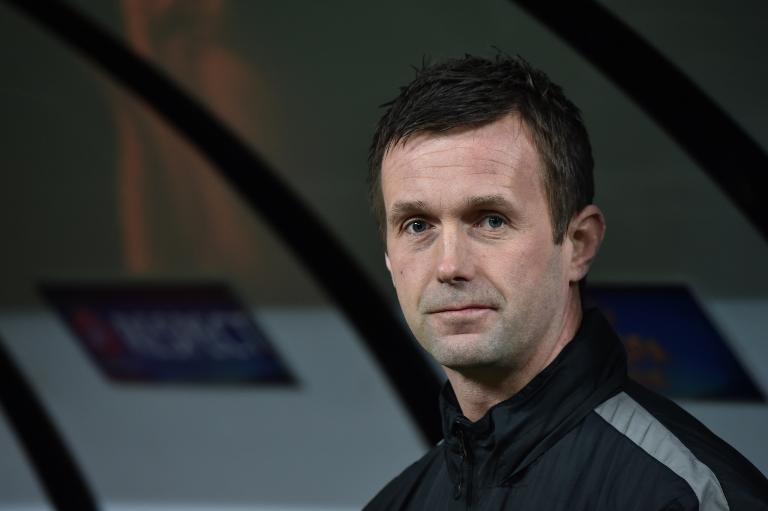 Celtic manager Ronny Deila praised the character of his side as they put their Scottish Cup disappointment behind them with a 2-1 Premiership win over Dundee at Dens Park on Wednesday.

The Hoops crashed out of the knockout competition on Sunday following a 3-2 extra-time semi-final loss to Inverness Caledonian Thistle that ended their hopes of claiming a domestic treble this season.

However, goals from Gary Mackay-Steven and Dutch defender Virgil van Dijk helped secured a victory over Dundee that took the Glasgow giants eight points clear at the top of the Scottish Premiership with just five games remaining.

“I think it was a very good effort from the boys to come back from 120 minutes on Sunday and then today go out and win. That is good team spirit,” Deila said.

“We have put ourselves in a good position again and now it’s getting closer and closer to the end,” added the manager, looking to guide Celtic to a fourth successive Scottish title, with the club having already won this season’s Scottish League Cup.

“We hope for a good result for Inverness against (second-placed) Aberdeen on Saturday and hopefully we can beat Dundee United on Sunday.”

The Hoops had to survive a nervy finish to the match at Dens Park when Jim McAlister pulled one back for Dundee in the 87th minute.

“That was a little bit naive of us to concede a goal so late, but we controlled the whole game. I don’t think they had a chance before late in the game so that was good,” Deila said.

“They threw everyone forward and it was a little bit anxious, but I think we won comfortably in the end.”

Deila handed 17-year-old Kieran Tierney his Celtic debut as a late substitute for Emilio Izaguirre on Wednesday and the Hoops manager said the teenager had a bright future in football.

“He’s a big talent. He’s a boy who works really hard and has a lot of skills,” said Deila.

“He also has the attitude to become a good football player so it was very nice to give him his debut today.”

“I thought our final ball let us down tonight and the quality in the final third just wasn’t there,” Dundee manager Paul Hartley said.

“But overall we had a good disciplined performance and I was pleased with the players.

“It was two set-plays that done for us, but the players’ attitude was great.”

Hartley added: “We were playing against a good side that were going for the title, but they didn’t cause us too many problems.”