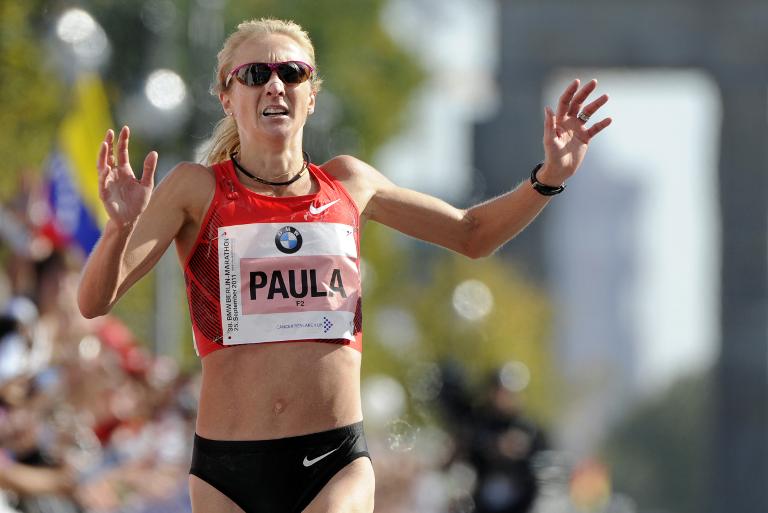 Paula Radcliffe said a conversation with her eight-year-old daughter convinced her she was doing the right thing in bowing out of the London Marathon.

The 41-year-old English distance-running great is set to compete in the race for the final time this Sunday — 12 years on from setting a world record of two hours 15 minutes and 25 seconds on the course that still stands.

However, this weekend will see Radcliffe among the massed ranks of fun-runners, rather than as a member of the elite field.

Radcliffe, recalling a conversation with her daughter, Isla, said: “I will always go out for runs and things, I just won’t be preparing to be competitive in races and really putting everything into going away on training camps and things like that.

“She looked at me and said ‘But Mummy, you really haven’t been competitive for a few years now’,” added Radcliffe, whose dreams of Olympic gold were dashed by injury and illness at the 2004 Athens Games, cramp in Beijing four years later and she then pulled out of the 2012 London Olympics with a foot injury.

Radcliffe, who has recently been troubled by foot and Achilles injuries, said she was looking forward to going round the London course one last time.

“The London marathon inspired me into running,” Radcliffe said.

“I know I am not going to be competitive but to get the chance to take part in this race one more time is something that is really special.”