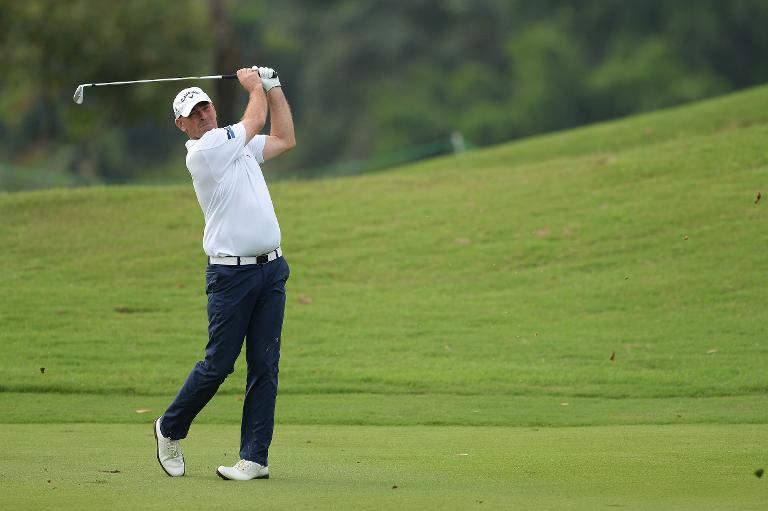 Denmark’s Thomas Bjorn shot a six-under-par 66 to share the first-round lead in the CIMB Niaga Indonesian Masters on Thursday, while former world number one Lee Westwood of England was in joint seventh place after a disappointing start.

Bjorn, who is seeking his first win in Asia, overcame hot and humid conditions by trading seven birdies against one bogey to tie for the lead in his debut appearance in the $750,000 Asian Tour event.

Sharing the lead at the Royale Jakarta Golf Club was Taiwanâ€™s Chan Shih-chang, who showed his class and composure in his first start on the Asian Tour this year.

Bjorn boasts 21 professional victories worldwide including 15 on the European Tour, and was optimistic about landing his first victory in Asia.

“I played pretty solid and I got onto a nice run in my back-nine which kind of brought the round to a really good score,” he said, according to a press release from organisers.

“It was humid but nice in the morning especially the first 10 to 11 holes. You’ve got to focus really hard and not let your guard down here.”

Westwood’s start was not as promising, however, and he was in seventh place with six other players including Thailandâ€™s Thaworn Wiratchant.

Meanwhile Australia’s Unho Park rediscovered his putting touch by posting a 67 to share third place with India’s Abhijit Chadha, who scored the first hole-in-one at the par-three 15 this week.

Leading scores after round one of the CIMB Niaga Indonesian Masters (par 72):