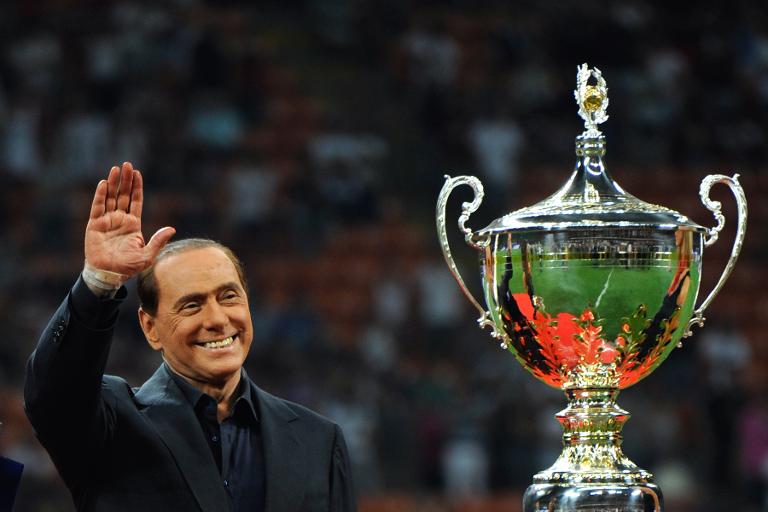 AC Milan owner Silvio Berlusconi is preparing to weigh up two separate offers for the club that could see a majority stake in the Italian Serie A giants sold to either a Thai or Hong Kong businessman, reports said Thursday.

Speculation surrounding the eventual sale of the seven-time European champions has intensified in the past year amid the club’s struggle to keep up with the pace in Serie A, and their recurring failure to qualify for Europe.

Berlusconi was earlier this month quoted as saying he had agreed terms on selling a 75 percent holding in the club to a consortium with close ties to the Chinese government.

A month previously, reports claimed Berlusconi had signed a preliminary agreement to sell 30 percent of the club to Thai businessman Bee Taechaubol at the end of May for 250 million euros ($268 million).

Gazzetta said due diligence of the club had already been carried out by representatives of Mr Bee.

The report quoted Thai Prime, a South East Asian- based Private Equity group founded by Taechaubol, as saying: “Mr Bee will be in Milan on Sunday with the purpose of buying a majority stake in AC Milan.”

However, the Italian sports daily said the “more important” story could be the arrival of Lee in Milan, possibly on Friday.

The report added that due diligence of the club by representatives of the Chinese consortium would be “finalised shortly”, after which “concrete and official offers” could be made.

Milan are said to be among the most popular foreign clubs in China and the push for Berlusconi to sell, according to Gazzetta, has come directly from the Chinese government as they look to raise the sport’s profile in the country.

If the deal were to go through, Milan would become the second Serie A club to be sold to Asian investors. Indonesian tycoon Erick Thohir bought a 70 percent stake in Inter Milan in November 2013.