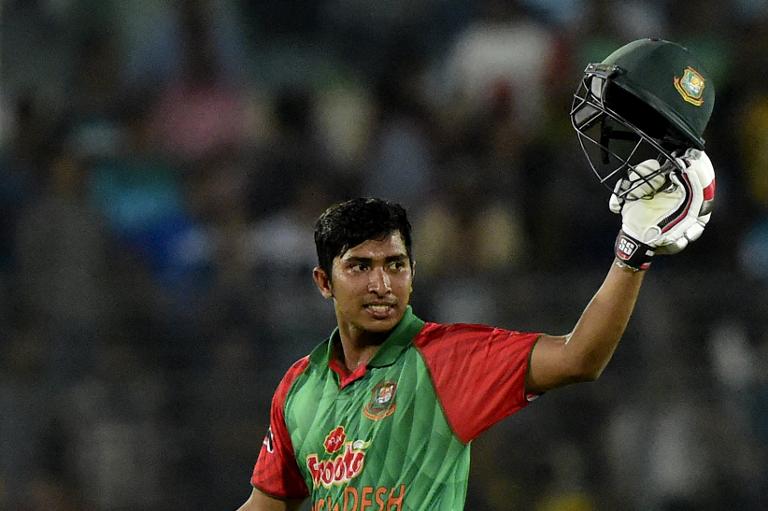 The 22-year-old left-hander smashed an unbeaten 127 as the fired-up hosts surpassed Pakistan’s modest 250 all out in the 40th over at the Sher-e-Bangla stadium.

Pakistan captain Azhar Ali’s 100 made no difference to his team’s fortunes after Bangladesh had won the first match by 79 runs and the second by seven wickets.

It was the first series whitewash by the Tigers against an Asian Test-playing nation, and followed their appearance in the quarter-finals of the recent World Cup in Australia and New Zealand.

Bangladesh captain Mashrafe Mortaza said he was delighted at the way the team had shaped up in the past few months and hoped to continue the good work in future.

“This is a good team we have and I am really happy the way we are playing,” he said. “Soumya (Sarkar) was brilliant today but our work is not done yet. We will now focus on the remaining matches.”

The two teams will play a Twenty20 international on Friday before starting a two-Test series from April 28.

The win was never in doubt after Sarkar, who hit 13 boundaries and six sixes in his 110-ball innings, put on 145 for the first wicket with Tamim Iqbal.

Tamim, who had slammed centuries in the first two matches, missed a third consecutive hundred when he was leg-before to Junaid Khan for 64.

The left-arm seamer also bowled Mohammad Mahmudullah in his next over, but Mushfiqur Rahim (49 not out) ensured victory with an unbroken stand of 97 for the third wicket with Sarkar.

Pakistan were left to rue a dramatic collapse when they lost eight wickets for 47 runs after Azhar’s century had lifted them to a comfortable 203 for two in the 39th over.

Shakib Al Hasan, Mortaza, Arafat Sunny and Rubel Hossain claimed two wickets each as Bangladesh clawed their way back after wayward bowling earlier in the innings.

Azhar led from the front to become the first Pakistani captain in five years to score an one-day century following Shahid Afridi’s 124 against Bangladesh in 2010.

He heaped praise on Bangladesh for outplaying his young team that included just four players from the World Cup.

“I would like to congratulate Bangladesh because they played very good cricket,” he said. “We played well in patches but we could not put it together.

“As everybody knows, our senior players have left the one-day scene. The youngsters have to stand up and we have to pull our heads together.

“Hopefully we do well in the Twenty20 and the Test series.”

Having won the toss and elected to bat, Azhar shared an opening stand of 91 with debutant Sami Aslam, who made 45.

Nasir Hossain provided the breakthrough when he had the left-handed Aslam caught by wicket-keeper Rahim.

Senior all-rounder Mohammad Hafeez was bowled by Sunny for four to extend his batting misery in a series in which he compiled just eight runs in three matches.

Haris Sohail (52) added 98 with Azhar for the third wicket before the rot set in.

Azhar was bowled by Shakib and Mortaza dismissed Haris to launch Bangladesh’s comeback.