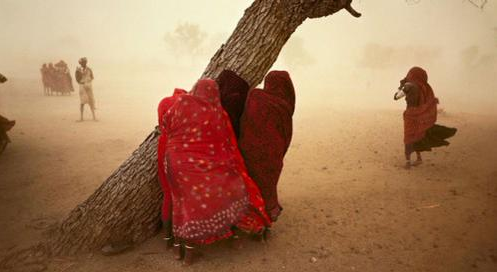 New Delhi: Prime MinisterÂ Narendra ModiÂ on Wednesday expressed his grief over the loss of lives due to storms that struck three districts ofÂ BiharÂ – Patna, Purnia and Madhepura – late on Tuesday night.

“Pained by the loss of lives due to storms in Bihar. We stand in solidarity with the people of Bihar during this unfortunate hour,” Prime Minister tweeted.

The Prime Minister alsoÂ spoke to Chief Minister Nitish Kumar and assured him of all central assistance.Â  He said Home Minister Rajnath Singh will be visiting the state to take stock of the situation caused by the storm that ravaged 12 districts and killed 42 people.

As many as 25 deaths were reported from Purnia district, while six died in Madhepura and one in Madhubani.

Road transport in the districts has been hit in the aftermath of the storm as many trees are lying uprooted, he said.

“The storm descended from Nepal side hitting Purnia, Sitamarhi, Darbhanga and went deep inside the state up to Bhagalpur. Our radar data is showing that the wind speed was around 65 km per hour,” Giri said.

Such storms, he said, are common in this season and are called ‘Kal Baisakhi’ or ‘nor’westers’.

The state government has launched relief and rescue operations in the affected districts.

The government has also announced a compensation of Rs 4 lakh each for the kin of the victims.

â€œThe incident took place in the night. I will personally take stock of situation in Purnia and Bhagalpur,â€ Nitish said.

â€œWe are assessing the situation, all appropriate measures will be taken,â€ the CM added.