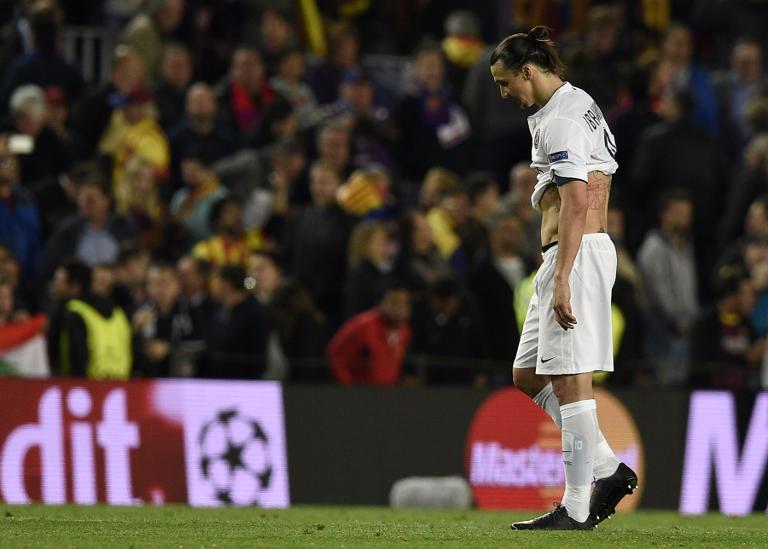 Paris Saint-Germain coach Laurent Blanc has called for patience in the French champions’ bid to win the Champions League for the first time after a 5-1 thrashing on aggregate by Barcelona saw them bow out at the quarter-finals for the third consecutive year.

A first-half double from Neymar handed Barca a comfortable 2-0 victory on Tuesday to add to their 3-1 win in Paris last week to reach the semi-finals of Europe’s premier club competition for a seventh time in eight years.

PSG haven’t made the last four since their best ever showing in the competition 20 years ago despite the hundreds of millions of euros invested in recent years by their Qatari owners.

However, Blanc used the example of Barca, who won the first of their four European Cups in 1992, 93 years after they were formed.

“I hope Paris don’t have to wait so long. The semi-finalists tonight are Barca and Bayern who have a huge football potential and took time to get there.

“Paris will achieve it one day but we have to have patience.”

There are no such worries for Barca boss Luis Enrique who claimed the club’s consistent success in Europe over the past decade is thanks to their distinctive style of play, despite accusations that he has turned Barca into a more counter-attacking side this season.

“The club is one of the most important in Europe and the numbers show that.

“Moreover, there is a characteristic style that any fan in Europe would instantly recognise.”

Victory kept Barca on course to win the treble of La Liga, Champions League and Copa del Rey for just the second time in the club’s history.

The only previous time came during Pep Guardiola’s first season in charge and Enrique’s friend could be the man standing in his way of repeating that achievement after Bayern Munich romped back from a 3-1 first leg deficit to hammer Porto 6-1 and also reach the last four.

“I am very happy that Guardiola has gone through because I like when good things happen to my friends.

“There were a lot of people that wrote them off and the fact that they scored six with a lot of players out says everything about Guardiola as a coach and Bayern as a team.

“We will see what the draw on Friday brings.”

And Enrique dismissed suggestions Barca had at least met the minimum requirement expected of them by reaching the semi-finals once more.

“There are no limits on our ambition seeing the players I have and the work they have done since the start of the season in a special year for the club given all the changes that have taken place.

“It wouldn’t be logical for us to have a minimum objective, that doesn’t mean anything. The objective is to be better than our next opponent and deserve on the field to reach the final.”