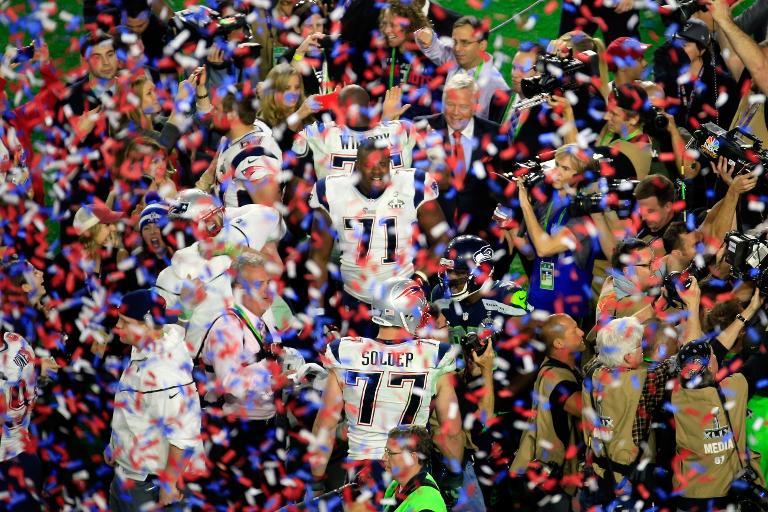 New England quarterback Tom Brady will square off against Pittsburgh quarterback Ben Roethlisberger in a Thursday night contest to kick off the 2015 season.

That will be followed by 13 Sunday games on September 13, including the New York Giants travelling to Dallas to take on the Cowboys.

In the annual American Thanksgiving Day games on November 26, the Philadelphia Eagles will be visiting Detroit to play the Lions and the Cowboys battle the Carolina Panthers in Dallas.

The Green Bay Packers will host NFC North rival Chicago Bears in the evening contest. The Packers are expected to retire Brett Favre’s No. 4 jersey that day.

This year’s schedule features rematches of both the AFC and NFC Championship Games. The Seattle Seahawks and Packers do battle at Lambeau Field on Sunday night to highlight Week 2, while the Patriots and Indianapolis Colts square off on Sunday night at Lucas Oil Stadium in Week 6.

LeSean McCoy visits Philadelphia for the first time since his trade to Buffalo when the Bills play the Eagles in Week 14 and Peyton Manning and Tom Brady face off in Week 12 on Sunday when the Denver Broncos host the Patriots.

London will get three contests again this season with the New York Jets-Miami Dolphins in Week 4, Jacksonville Jaguars-Buffalo in Week 7 and Kansas City Chiefs-Detroit in Week 8.

Wild card weekend is set for January 9-10, with the divisional round the following weekend. The AFC and NFC championship games will be played January 24.

Super Bowl 50 is scheduled for February 7, 2016 in San Jose, California at Levi’s Stadium.