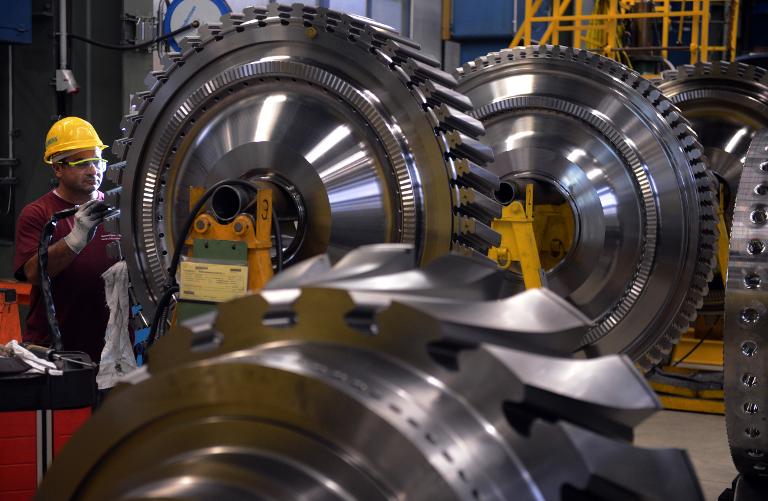 The German government upgraded Wednesday its growth forecasts for both this year and next year to 1.8 percent, saying Europe’s biggest economy is “in an upturn.”

Economy Minister Sigmar Gabriel said “Germany is on a solid path of growth, driven by favourable developments on the labour market, rising wages and increased employment. The main pillar of recovery is consumer spending.”

But the economic skies above Germany have been brightening recently, with both sentiment indicators and also hard data all pointing upwards, buoyed by the weaker euro, which boosts exports, and low energy prices, which increase consumers’ purchasing power.

“The current momentum of domestic demand is pleasing. But we must not be complacent,” Gabriel said.

“We can’t take economic success for granted. We must work at improving the medium-term growth perspective,” he added.

The minister said the German economy would benefit from a slight pick-up in global growth, with the euro area in particular set to enjoy increased expansion.

Moreover, the decline in the value of the euro would help boost exports, which Berlin predicted would show “solid” growth both in 2015 and 2016, Gabriel said.

Already last week, Germany’s leading economic institutes sharply increased their growth forecast for this year to 2.1 percent, saying the country’s current robust recovery was being fuelled by cheap oil, the weak euro and a boom in consumer spending.

Similarly, the International Monetary Fund (IMF) upped its forecast for German growth this year to 1.6 percent from 1.3 percent previously.

Following a lull in growth last year, the German economy grew by a stronger-than-expected 0.7 percent in the fourth quarter of 2014, lifting growth for the whole year of last year to 1.6 percent.

The national statistics office Destatis is scheduled to publish its preliminary estimate of first-quarter GDP growth on May 13.

But experts are confident.

Last month, the German central bank or Bundesbank predicted that the economy should have continued to grow strongly in the period from January to March.

And “in the second quarter, too, the robust economic uptrend will continue. The main driving forces are foreign demand, private consumption and, to a lesser extent, residential construction,” it said.

There were also signs of a pick-up in company investment, the Bundesbank said.

Economy minister Gabriel said the positive trend on the labour market “will continue,” with the number of people in work expected to rise to a record 43.1 million next year.

Unemployment, too, was projected to come down further.

“The favourable situation on the labour market and the introduction of a legal minimum wage will lead to sharp wage increases,” Gabriel said.

And with disposable income set to increase and low inflation, consumer spending would increase sharply.

“Household spending will be the main pillar of overall economic growth in Germany,” the minister concluded.