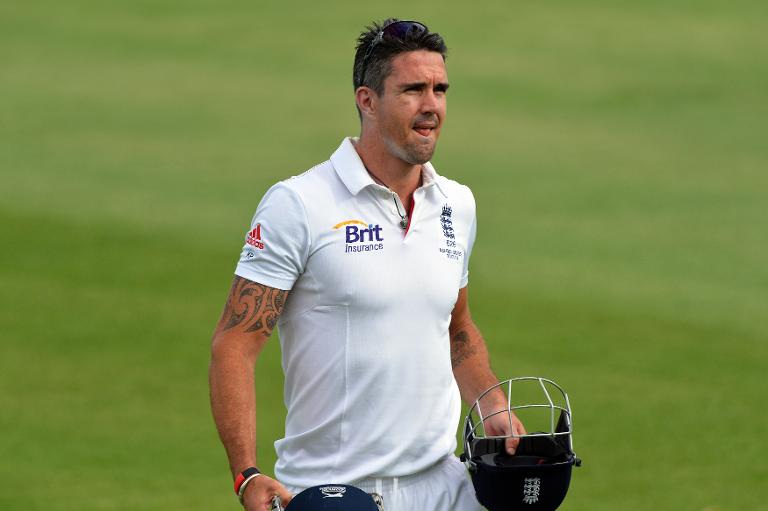 Australia great Stephen Waugh has told England to forget about an international recall for Kevin Pietersen, saying he was no longer a great player and wasn’t worth a place in the current Test side.

South Africa-born batsman Pietersen has not played for England since controversially being axed last year following the team’s 5-0 Ashes thrashing in Australia.

But the 34-year-old has repeatedly insisted he wants to force his way back into the England set-up.

Paul Downton, who as England and Wales Cricket Board managing director played a key role in sending Pietersen into the international wilderness, was recently forced out of his position by new chiefs at Lord’s.

And incoming ECB chairman Colin Graves has suggested Pietersen could muscle his way back into the England set-up if he scored enough runs in the County Championship.

Last week Pietersen, who has re-signed with Surrey rather than play in the Twenty20 Indian Premier League, got tongues wagging with an innings of 170, albeit in a match against Oxford students that wasn’t a first-class fixture.

His return to Championship for the first time since June 2013 was rather less dramatic, with Pietersen out for 19 on Sunday in Surrey’s ongoing Second Division match away to Glamorgan in Cardiff — the venue for this year’s first Ashes Test in July.

Pietersen, England’s all-time leading run-scorer in all international formats, has an impressive Test record of 8,181 runs at 47.28 with 23 hundreds but Waugh said the team needed to look to the future.

“England have got to make a clean break and look forward to the future,” said Waugh in quotes published by Britain’s Daily Mirror newspaper on Monday.

“Sometimes you have to have short-term pain to get the long-term gain.

“I don’t think his form warranted a spot in the England side. He may have been a great player but I wouldn’t class him as one now.”

Waugh, who led a hugely successful Australia Test side from 1999-2004, also said former England captain Pietersen’s history of off-field rows, including the fall-out last year from the publication of his incendiary autobiography, had to be taken into account.

“First, he has to be one of the best six batsmen in the country, which he’s not,” Waugh said. “Then is he right for the current set-up?

“The number one thing is you’ve got to respect each other. Once this stops you’re in real trouble,” Waugh added. “And I think that’s probably happened over the past couple of years.”

Waugh’s comments were echoed by former England captain Mike Gatting, who said Monday: “Even if KP scores runs there might not be spaces available. If Gary Ballance, Ian Bell and Joe Root play well, there might not be a place for him.

“If people are playing well in the team, why should he just get straight in?”

England’s drawn first Test against the West Indies in Antigua last week saw the top-order trio of Bell (143), Ballance (122) and Root, who made two fifties, all in the runs.