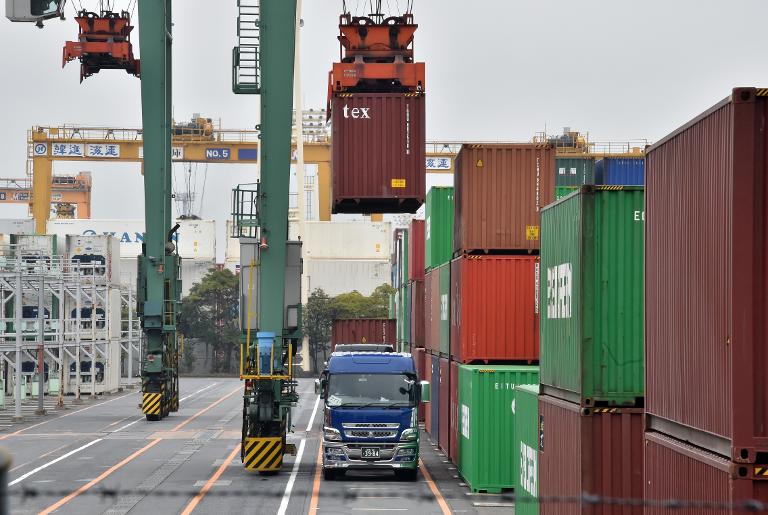 The United States and Japan are within “grabbing distance” of resolving their differences on a much-awaited massive Pacific free-trade pact, the top US diplomat for Asia said.

Assistant Secretary of State Danny Russel was speaking Monday, just days before Japanese Prime Minister Shinzo Abe is due to arrive on a historic visit to Washington, where he will hold talks with US President Barack Obama and become the first Japanese premier to address a joint session of Congress.

One of the issues at the top of the agenda in his talks with US officials from April 26 to May 3 will be the Trans-Pacific Partnership (TPP), an ambitious 12-nation free-trade agreement including Australia, Japan, Singapore and Vietnam.

The trade deal would encompass 40 percent of the global economy and has been the subject of protracted negotiations. But it does not include China — the world’s second largest economy.

“TPP is making steady headway. We are within what I would call grabbing distance of an agreement with the Japanese and that’s really the lynchpin to closing” the whole deal, Russel told a New York think-tank.

“Every leader and every trade minister within the 12 is determined to close on this deal this year, and it’s really a very impressive deal, not only in trade terms but in environment and labor as well,” he added in his talk at the Council on Foreign Relations.

Abe told The Wall Street Journal he also believed that a deal was within reach.

“We think that an agreement between Japan and the US is close, but we’re hoping that even more progress will be made,” Abe told the business daily.

US and Japanese negotiators have been holding a marathon session in Tokyo as they bid to close the gaps, which have bogged down on issues including Japanese tariffs on agricultural imports and US access to Japan’s auto market.

“It would be good if I could reach an agreement during my meeting with the president, but when you climb a mountain, the last step is always the hardest,” Abe told the Journal.

“Ultimately, what needs to happen is for both countries to make a political decision” to resolve the differences, he added.

Last week, senior US lawmakers reached a deal to make it easier for Obama to negotiate the massive trade pact.

If Congress as a whole approves the bill, it would grant Obama “fast-track” authority, and give lawmakers the ability to vote to approve or reject the proposed Trans-Pacific Partnership.

But it would prevent them from introducing changes to the accord — described as the largest since the North American Free Trade Agreement.