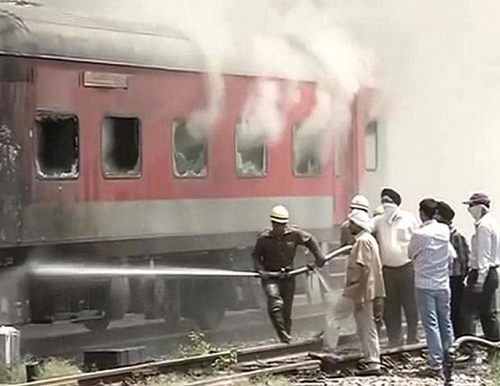 Both these trains were parked in the washing area where the fire was reported. Cause of fire is still unknown.

No casualties have been reported and the situation is believed to be under control.Â Sixteen fire engines were rushed to the spot to douse the fire.

“There are no casualties. Four coaches of Sealdah and two coaches of Bhubaneswar Rajdhani caught fire. It is under control now,” said CPRO, Northern Railway, Neeraj Sharma.