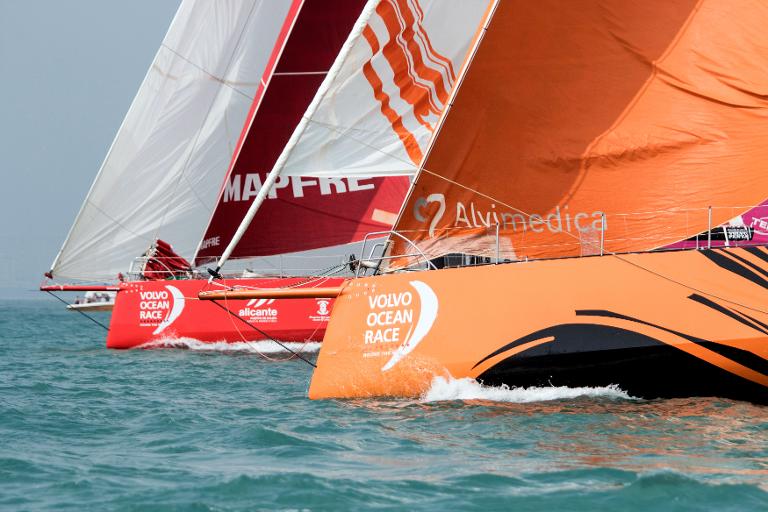 MAPFRE bounced back from a tough week when they took the early lead on Monday in the sixth leg of the Volvo Ocean Race from Itajai, Brazil, to Newport, Rhode Island.

On Thursday, the Spanish team were docked two points by an independent ISAF (governing body) jury for a rules infringement after making repairs to their boat without first having them approved by race management.

Then their shore crew worked all night on Friday, reinforcing their mast after fears it had fractured during the previous leg from Auckland to Brazil.

Despite their concerns, skipper Xabi Fernandez guided the team into an early lead over the six-strong fleet in very light winds off the east coast of Brazil on Monday, 24 hours after departing ItajaÃ­.

Team Alvimedica is skippered by a Rhode Island resident, Charlie Enright, and are particularly keen to win the only leg to North America.

The boats are forecast to arrive in Newport between May 6-9, after 17-20 days of sailing.

Although Abu Dhabi Ocean Racing boast a seven-point lead at the top of the standings, there is still 45 per cent of the points still to sail for after five out of nine legs.

In all, the boats will cover 38,739nm during nine months, visiting 11 ports around the world. They complete the race on June 27 in Gothenburg, Sweden.