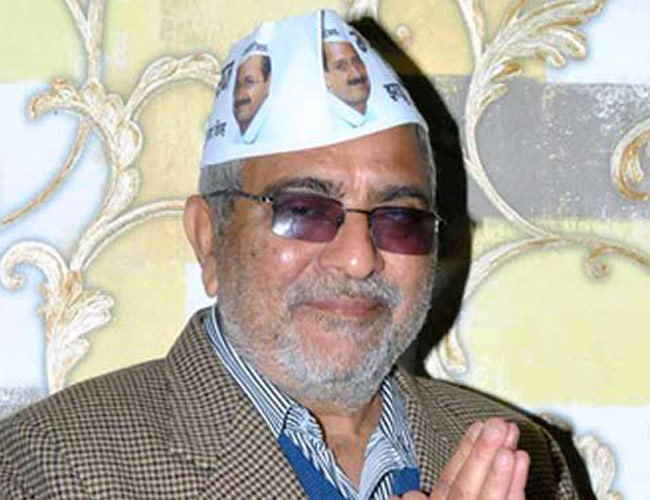 Gandhi, who had spoken against expulsion of Yogendra Yadav and Prashant Bhushan, was replaced with Kejriwal loyalist Bhagwant Mann.

Decision to sack Dharamvira Gandhi came hours after Prashant Bhusan, Yogendra Yadav, Anand Kumar and Ajit Jha were expelled on Monday night because of anti-party activities and violation of code of conduct.

Gandhi, who had trounced Preneet Kaur in Patiala constituency in Lok Sabha polls last year, had been highly critical of the party leadership in the way Bhushan and Yadav had been removed from party’s top echelons.

He had even walked out from the AAP’s National Council meeting on March 28 in protest and had sent his message to Swaraj Samvad Convention on April 14, organised by the rebel camp.

Bhagwant Mann, an MP from Sangrur in Punjab said Bhushan and Yadav had been sacked for carrying out anti-party activities.

“I have raised maximum questions, participated in maximum debates and raised concerns about the various bills in the House. If the party wants to give me more responsibilities, then I am ready to shoulder them,” Mann said.

AAP leader Ashutosh said the decision was taken by party’s top decision-making body and it should be respected.