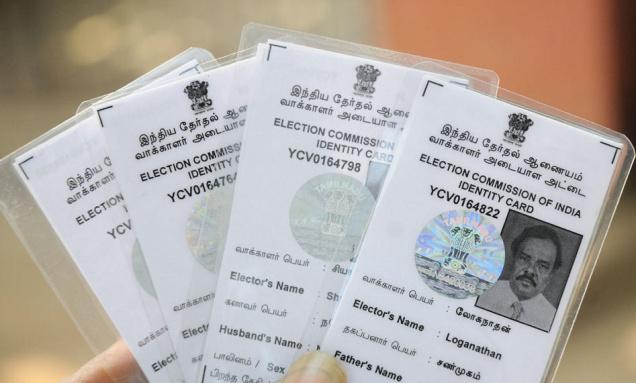 New Delhi: An EPIC, voter ID or Aadhaar document will now be enough for any individual to obtain Permanent Account Number (PAN) card as the Income Tax Department has relaxed the cumbersome procedure of having multiple documents to prove one’s own identity.

The Central Board of Direct Taxes (CBDT), the top policy making body of the I-T Department, has recently issued a notification making the Elector’s Photo Identity Card (EPIC) and Aadhaar, issued by the Unique Identification Authority of India, valid proof of “date of birth” for obtaining PAN card.

Till now, both these photo ID cards were only considered as valid proof for substantiating the “identity” and “address” of an individual and not their date of birth.

“The new notification, in simple terms, means that henceforth having only an EPIC or Aadhaar will be enough a document for any individual to obtain the PAN card.

“These two documents will be valid as the proof an individual’s identity, address and date of birth, thereby reducing the cumbersome procedure of having multiple documents to prove one’s own identity. The EPIC and Aadhaar are now unique and all purpose identifiers,” a senior I-T department officer said.

“So, effectively now, there are a total of 12 identity documents which could be used to establish the date of birth of an individual who is applying for a PAN card as compared to the eight earlier. But for a common man, who is not in government service, only an EPIC or Aadhaar is required,” the officer explained.

The officer said this new arrangement has been made possible as the government has embarked on a mission to bring the three unique identifiers – EPIC, Aadhaar and PAN – on one platform and have inter-links between their databases in order to thwart attempts of duplicity or forgery in any of these three documents which are the most essential when it comes to taking legitimate benefits of government schemes.

PAN is a ten-digit alphanumeric number, issued in the form of a laminated card, by the Income Tax Department, to any person who applies for it or to whom the department allots the number without an application.

The EC and the Income Tax Department had recently made announcements that they would be sharing their respective databases and getting on-board with the Aadhaar platform, whose numbers have swelled to 76.83 crore till February 15 this year.

An individual has to apply, either manually or electronically, with copies of proof of identity, address and date of birth along with the application form to obtain a PAN whose government stipulated fee is Rs 105.

The EPIC and Aadhaar fulfil all the three mandatory requirements.