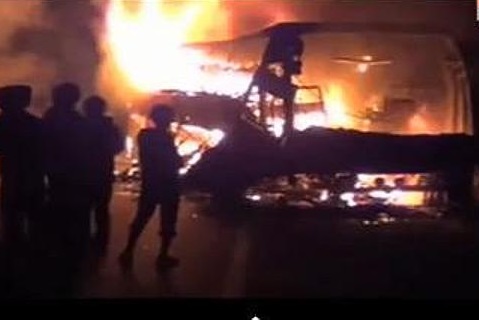 The incident occurred this morning when the roadways bus going to Sultanpur caught fire due to short circuit in the engine near Ramgaon village, Superintendent of Police Heera Lal told PTI.Â

He said 42 passengers were on board the bus. Some passengers managed to escape by smashing window panes of the bus.Â

The SP said that efforts were being made to identify the victims. The injured have been admitted to the hospital in Sultanpur.