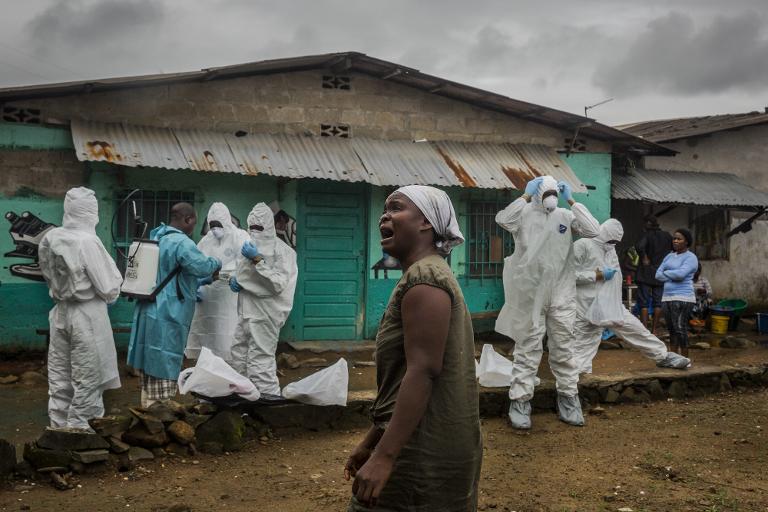 The New York Times on Monday won three prestigious Pulitzer Prizes and a St Louis newspaper took the breaking news photography award for its coverage of the racial unrest in Ferguson, Missouri.

The Post and Courier in Charleston, South Carolina won the coveted award for public service journalism for an investigative series on why South Carolina is among the deadliest states for women in the country.

The New York Times staff shared the prize for international reporting for its coverage of the deadly Ebola epidemic in West Africa, announced the Pulitzer committee at Columbia University in New York.

The paper’s Eric Lipton took the prize for investigative reporting on the influence of lobbyists.

A freelance photographer for the Times, Daniel Berehulak, won the feature photography award for what the committee called his “gripping, courageous” Ebola coverage.

Agence France-Presse’s Bulent Kilic was a finalist in that category for his “compelling” images of Kurds fleeing Islamic State attacks on towns along the Syria-Turkey border.

The New York Times, the most prominent newspaper in the United States, was also a finalist five times in four separate categories.

Photography staff at the St Louis Post-Dispatch won in the breaking news category for its coverage of the events in the wake of the fatal police shooting last August of an unarmed black man in Ferguson.

The killing of 18-year-old Michael Brown sparked nationwide protests that are ongoing. US police stand accused of using excessive force and disproportionately targeting young men who are black and Latino.

The Los Angeles Times won two prizes — for feature writing about the state’s drought, and for criticism to TV writer Mary McNamara, and was also a finalist twice.

Two of America’s other most prestigious newspapers, The Wall Street Journal and The Washington Post, also each won a prize.

The Journal was co-winner in the investigative reporting category for its “Medicare Unmasked” project, and the Post’s Carol Leonnig won for national reporting for her series on the security lapses of the Secret Service.

The Reuters bureau chief in Iraq, Ned Parker, and his team were finalists in the international reporting category for their coverage of disintegration in Iraq and the rise of the Islamic State group.

Reuters said Parker left Iraq this month after he was threatened on Facebook and denounced by a Shiite paramilitary group’s news channel after a report detailed lynching and looting in the city of Tikrit.

The Pulitzer prizes — which were first awarded in 1917 — honor work published by US news organizations, or of American authors and composers.

The committee said there were nearly 1,200 journalism entries.

Anthony Doerr won the fiction prize for his novel “All the Light We Cannot See,” inspired by the horrors of World War II.

The biography award went to David Kertzer for “The Pope and Mussolini: The Secret History of Pius XI and the Rise of Fascism in Europe.”

The play “Between Riverside and Crazy” by Stephen Adly Guirgis, a dark comedy about a retired police officer faced with eviction, won in the drama category.

American composer Julia Wolfe won the music prize for “Anthracite Fields,” an oratorio for chorus and sextet evoking coal-mining life around the turn of the 20th century in Pennsylvania.

Winners are to receive their awards at a luncheon on May 28 at Columbia University.