Home Face Off Godfather of F1 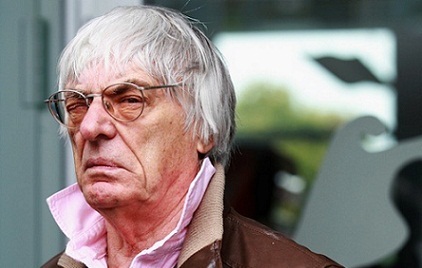 Loved and hated equally, he is the man who turned F1 into the most-watched global sport outside the Olympics and football World Cup.

Cunning, astute, and intelligent in unmatched measure, the 83-year-old is now one of the richest and most influential people in sports.

The Forbes World’s Billionaires List of 2011 ranked him as the 4th richest person in the UK, with an estimated fortune of $4.2 billion.

Bernard Charles “Bernie” EcclestoneÂ was born on October 28, 1930 in Suffolk. Son of a fisherman, he moved to Bexleyheath in Kent aged eight. After leaving school at 16 he joined the local gasworks.

His first racing experience came in 1949. He drove only a limited number of races which included several accidents. The accidents ended his racing career and he shifted his interest to business.

He made a number of lucrative investments in real estate but returned to racing in 1957 as manager of driverÂ Stuart Lewis-Evans. He quit the sport again after the death of the driver.

He returned again in 1972 when he bought Brabham which became a winning force. During this time, his career blossomed in F1 and he then founded the Formula One Constructors Association (FOCA). He united the teams and secured global TV rights, setting up Formula One Promotions and Administration (FOPA), and splitting TV revenue between the teams (47%), the FIA (30%) and FOPA (23%), and in return FOPA provided the prize money.

In 2005, when speaking aboutÂ racerÂ Danica Patrick, he remarked “You know I’ve got one of those wonderful ideas … women should be dressed in white like all the other domestic appliances.”Â Ecclestone later called Patrick to apologize, but repeated his comments,Â before apologizing a second time.

Ecclestone was under investigation by the UK tax authorities for nine years, and that he had avoided the payment of Â£1.2 billion through a legal tax avoidance scheme. TheÂ matter was concluded with a payment of only Â£10 million.