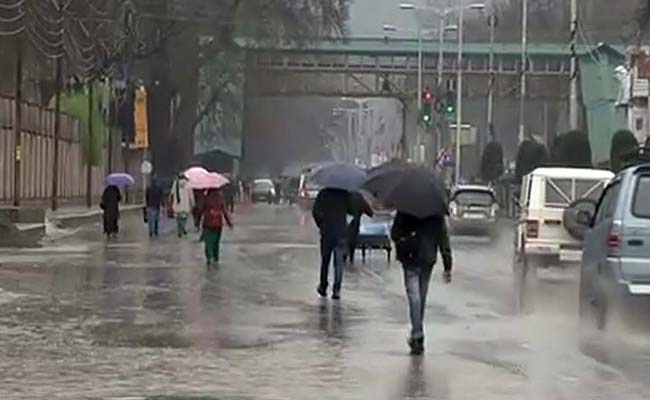 Srinagar: The authorities in Kashmir issued a flood alert on Monday night as Jhelum river crossed the danger mark after two days of heavy rain in the valley.

There wasslight improvement in the weather condition on Tuesday morning, but the authorities are closely monitoring the situation and have asked people living in low-lying areas to remain alert.

The alarm levels at Sangam and Ram Munshibagh were 18 feet and 16 feet, they said, adding, the flood declaration level at Sangam is 21 feet, while it is 18 feet at Ram Munshibagh. The water level rose almost seven feet during the day, they said.

Pahalgam recorded 71.6 mm and Gulmarg 76.1 mm during this time period, they said.

The weather department has predicted light rain or thundershowers at a few places during the next 24 hours.