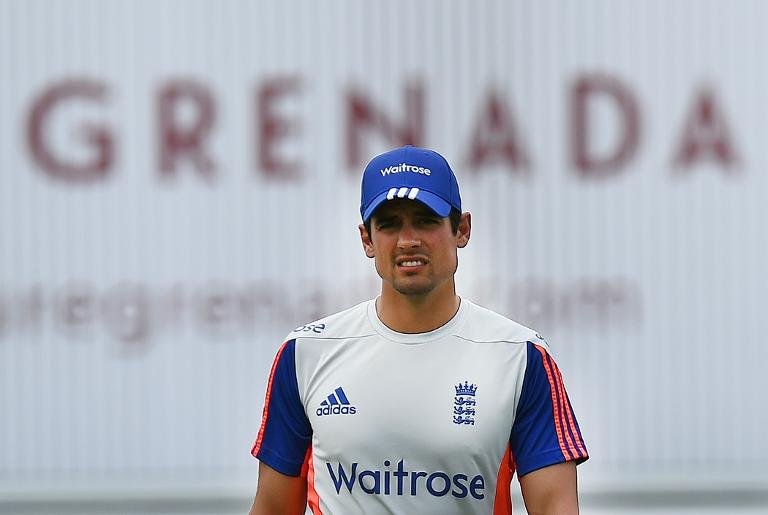 England captain Alastair Cook won the toss and chose to field first against the West Indies at the start of the second Test of the three-match series at the Queenâ€™s Park Stadium in Grenada on Tuesday.

Intermittent showers delayed the toss by just over an hour and there is an expectation of more rain interruptions during the opening day.

Indeed showers drove the players off the field before James Anderson could bowl the first ball of the match to Kraigg Brathwaite.

West Indies, who drew the first Test in Antigua with a rearguard effort built around Jason Holderâ€™s maiden first-class hundred, made two changes to their starting line-up.

One is tactical, with leg-spinner Devendra Bishoo returning for his first Test in three years at the expense of left-arm slow bowler Sulieman Benn.

However the other change has been forced, with Jerome Taylor sidelined by a shoulder injury and replaced by fellow fast bowler Shannon Gabriel.

As expected, England made just one change with off-spinning all-rounder Moeen Ali, who missed the first match recovering from an injury suffered at the World Cup last month, coming into the final 11 in place of James Tredwell, who strained his bowling arm in the final session of the first Test.

Devon Smith, who opens the batting for the West Indies alongside Brathwaite, is set to become the first Grenadian to play a Test match on home soil.

This is only the third Test to be played at the venue.