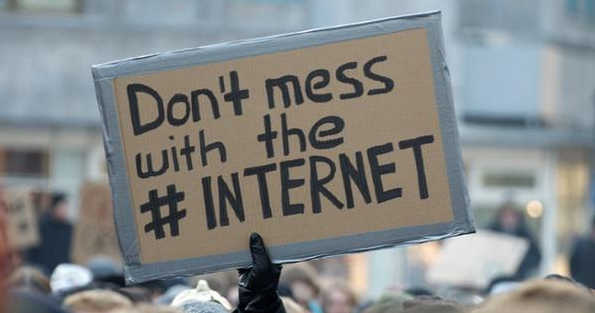 TRAI-ing to change the world, a group of youngsters from the DelhiÂ
University gathered to save the internet via a freeze mob.

With slogans like â€˜Internet makes you strongâ€™ and â€˜Internet is
utility, not luxuryâ€™ the students wanted to keep their point simple
and strong, to win the internet movement.

The freeze mob was an initiative by the Education Tree. The group came
up at Connaught Place on a windyÂ SaturdayÂ evening.

Holding posters and slogans, the mob saw many passers by paying
attention to the initiative made by the students. This helped to bring
awareness amongst people about the matter, especially to those who
knew nothing about the matter.

Being a part of this crucial initiative was an enriching experience.
We took a firm stand to save the internet, said a participant.

With amazing response from people, the group plans to come up with
more such mobs and also they plan to do series of 100 mobs across
Delhi/NCR, said another participant.

In support of the movement from over the country, 1.5 lakh
applications have been received so far by TRAI. People are coming up
in huge numbers to bring up their voices and save the internet, and
such initiatives by youth are hwlping big time by enriching themselves
and making the lay man aware of what is happening and what can be the
consequences.