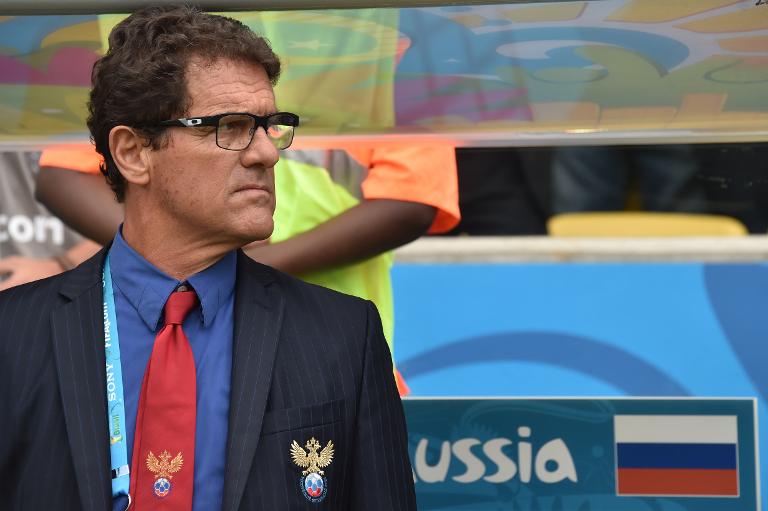 Russia’s coach Fabio Capello will have to save the country’s campaign to reach the 2016 European Championships to stay in the job for the 2018 World Cup, Sports Minister Vitaly Mutko said Tuesday

Halfway through the Euro qualifying matches, Russia are third in Group G, one point behind Sweden and five behind leaders Austria. The veteran Italian coach had already faced criticism after going out of last year’s World Cup in the first round.

“Now he has a contract and his task is the 2016 European Championship. We are not in the best position so if he wants to work on we have to improve this position,” Mutko said on the sidelines of the SportAccord convention in Sochi.

Russia’s position has been boosted by their last game against Montenegro in March being abandoned because of crowd trouble. The score was 0-0 but Russia were awarded the tie 3-0.

Russians are increasingly nervous about prospects for the World Cup and Mutko said part of the problem is that there are not enough Russian players in the country’s Premier League.

“It is the national federation that has to be responsible for that, but we will join in this work. We have a number of issues typical of all countries in the world. We have a lot of foreign players and sure the choice for our national coach is very limited.

“Currently a lot of teams have seven foreign players and four Russians. There are 16 teams and 64 players that the coach can select from. So it is unreal. A lot of foreign players are in the most important positions. We have little time but we will take certain measures,” Mutko said.

Mutko joked as he quoted Putin as saying “‘I don’t know how the national team will perform.’ Then he looked at me and said ‘experts are responsible for that, but for the World Cup we will prepare it at the highest level.’

“So after this statement, starting on Monday, I will give all my attention and effort to the national team,” the minister said.