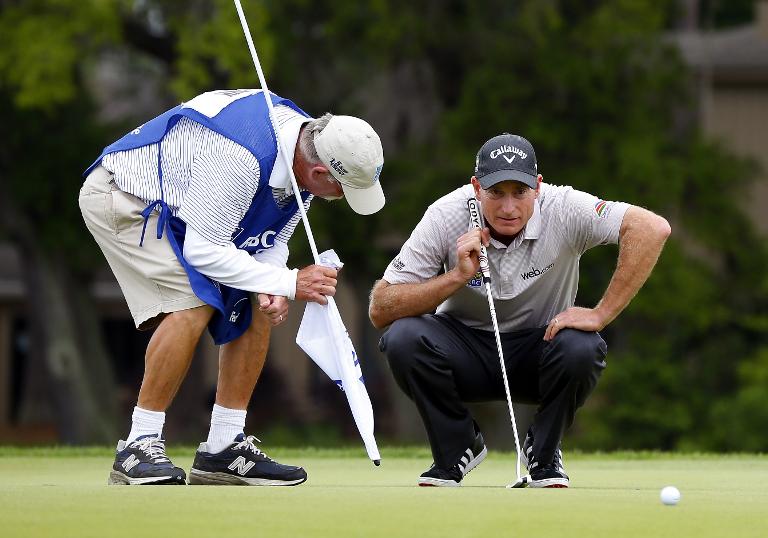 Furyk, who played in the third to last group, made birdie on both playoff holes after firing a closing round eight under 63 to finish at 18-under-par 266.

Though he trailed entering the final round, Furyk had blown nine 54-hole leads since his last win on the PGA Tour at the 2010 Tour Championship.

“I’ve let so many slide by, I really kind of dug deep today and happy I got it done,” said Furyk.

Kisner closed with a seven-under 64 as he birdied the final hole of regulation to force the playoff at the Harbour Town golf course.

The pair returned to the 18th for the first extra hole. Both players found the fairway off the tee and Furyk landed his approach just inside eight feet.

Kisner knocked his second shot to 17 feet, then drained a birdie putt to put the pressure on. Furyk also sank his birdie chance to extend the extra session.

They headed to the 17th, and both players found the green with their tee shots. Kisner’s 22-footer for birdie failed to find the cup and he tapped in for par.

Troy Merritt, who led after the second and third rounds, posted a two-under 69 and ended alone in third at 16-under-par 268. Brendon Todd carded a four-under 67 to grab fourth place at minus-15.

Masters champion Jordan Spieth closed with a one-under 70 and ended in a tie for 11th at 10-under-par 274.