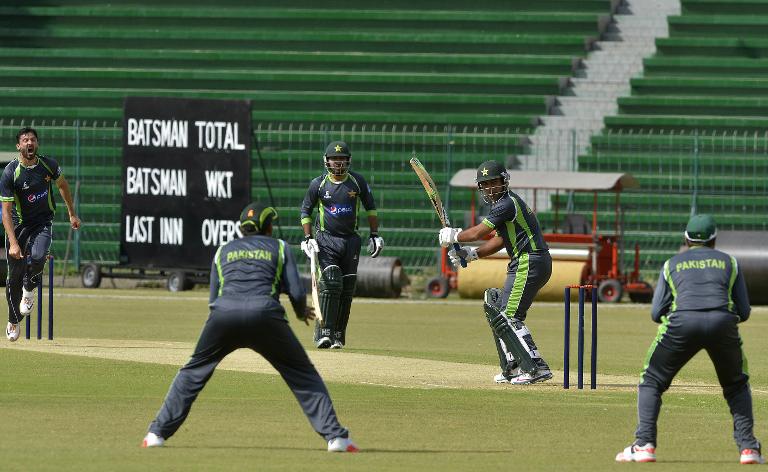 Zimbabwe will tour Pakistan to play a short limited over series next month, becoming the first Test team to visit the terror-hit country in six years, a top cricket official said Monday.

“Zimbabwe will visit Pakistan from mid-May for a one-week tour,” Pakistan Cricket Board (PCB) chairman Shaharyar Khan told reporters, without announcing the venues.

A security team from the African nation will visit Pakistan to assess the situation before a final itinerary is announced, said Khan.

Foreign teams have refused to tour Pakistan over security fears since a terrorist attack on the Sri Lankan team bus in Lahore in March 2009.

Pakistan has had to host all its home matches in United Arab Emirates instead.

Efforts to revive international cricket in the country suffered a blow in 2012 when Bangladesh twice refused to tour Pakistan after initially agreeing for short limited over series, citing security fears.

Another limited over series against Ireland was also deferred in September last year after a terror attack on the airport in Karachi that came three months before the tour.

Khan said Zimbabwe would be provided with top-level security during the tour.

It is likely that the team will stay at the National Cricket Academy in Lahore, a few metres away from the Gadaffi Stadium, and play all the matches at one venue.

PCB chief operating officer Subhan Ahmed said that if the International Cricket Council (ICC) does not agree to send officials then umpires from Pakistan and Zimbabwe will step in.

“We have a special dispensation from them to appoint Pakistani and Zimbabwean umpires and the matches will be of international status,” said Ahmed.

Khan said an Australian army team will visit Pakistan from next week, helping to open the doors to international cricket, and a women’s team from Bangladesh next month.

The PCB is also in talks with the Netherlands, Ireland and Nepal to send their national teams in the near future.