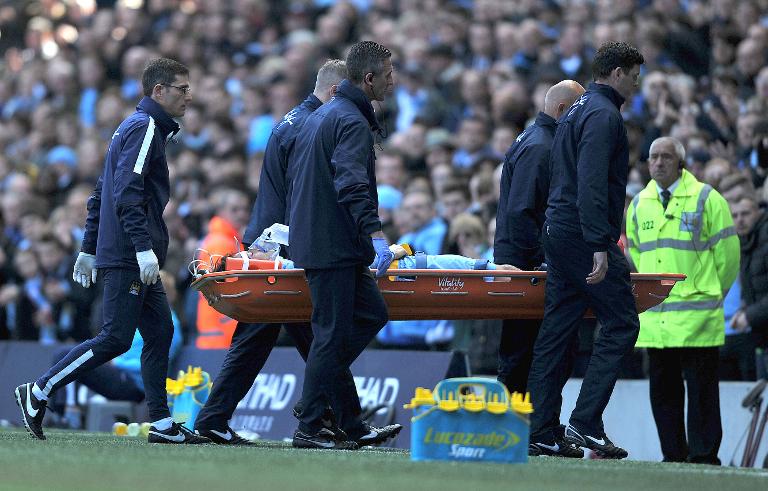 Manchester City playmaker David Silva has not suffered any fractures despite appearing to have sustained a serious injury last weekend, the English champions said Monday.

Silva was carried off on a stretcher midway through the second half of City’s 2-0 Premier League win at home to West Ham on Sunday after being caught in the face by an elbow from Hammers midfielder Cheikhou Kouyate.

Before he was taken off, Silva was treated on the field at Eastlands for several minutes, raising concerns about the severity of his injury.

But Silva himself moved to calm fears over his fitness by tweeting late on Sunday: “Many thanks to all the messages of support, all the tests have gone well and I’m already home. The 3 points is what was important!”

Kouyate was booked for the challenge but City manager Manuel Pellegrini was confident he had not meant to injure Silva deliberately.

“I always think that a player doesn’t want to damage another player. The referee was so near and he decided it was unintentional. Nothing more happens.”

West Ham manager Sam Allardyce said: “It was pretty innocuous. I didn’t think it was a foul.”

City’s win, which followed last week’s 4-2 derby defeat by Manchester United, saw them move to within a point of their third-placed local rivals.

It also strengthened their bid to play in next season’s Champions League, even if a successful English title defence now looks beyond City given leaders Chelsea are 12 points clear of Pellegrini’s men with six games to play.