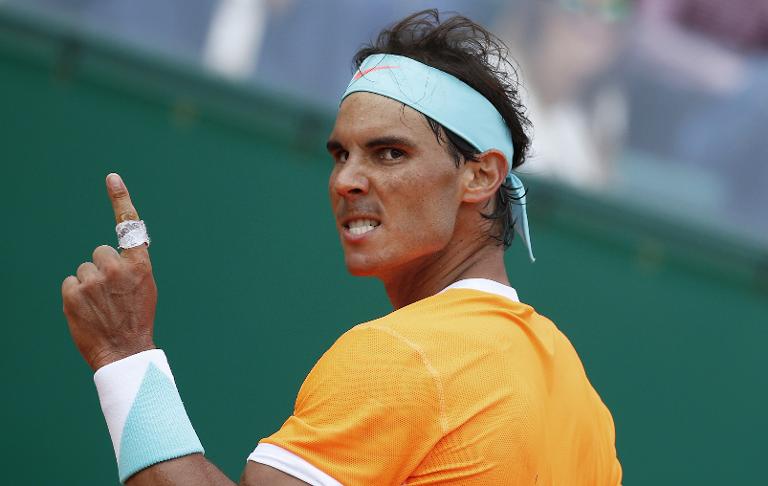 Rafael Nadal has a return to winning ways on clay in his sights as he targets a ninth title at the Barcelona Open this week.

The Spaniard was beaten in straight sets by world number one Novak Djokovic in the semi-finals of the Monte Carlo Masters on Saturday, but insisted he was pleased by his progress after a poor start to the year after a long injury layoff in the second half of last season.

“If I am able to keep doing that in the next tournament in Barcelona, and I have a tough draw, I will say that I am very well again.”

Nadal is only seeded second despite leapfrogging top seed and defending champion Kei Nishikori to move back to fourth in the world with his run in Monte Carlo.

The 28-year-old was beaten for just the second time in his career in Barcelona last season as a shock defeat to compatriot Nicolas Almagro ended a 41-match winning streak stretching back to 2003.

However, despite an unusually unsteady start to his clay campaign, Nadal still went on to reign once more in Paris by winning a ninth French Open last May.

And the king of clay acknowledged that he is approaching the most crucial stretch of his season.

“I have been working hard since I came back, but everything is a process. I arrive in a very important moment in my season and I need to make that click that I need to be competitive again at 100 per cent.

“Monte Carlo was the first very positive week after my comeback in the beginning of the season.”

Nadal does though face a tough route to the title with a potential rematch against Almagro in the second round, last 16 meeting against Fabio Fognini, who he lost to recently on clay in Rio de Janeiro, and then a semi-final against David Ferrer.

Should the 14-time Grand Slam champion make it through to Sunday’s final, Nishikori could be lying in wait with the Japanese desperate to end a 0-7 career record against Nadal.

“My goal is always to beat Rafa, though he has beaten me seven times already. I think I am getting closer every match, I feel I may have some chance to beat him,” said Nishikori.

“He is great player especially on clay. It’s a really tough challenge and hopefully I can do it soon.”

On paper Nishikori has an easier route to the final with the out-of-form Marin Cilic, Jo-Wilfried Tsonga and Roberto Bautista Agut the other top eight seeds on his side of the draw.