Home Sports Mercedes can stay ahead of the pack – Hamilton 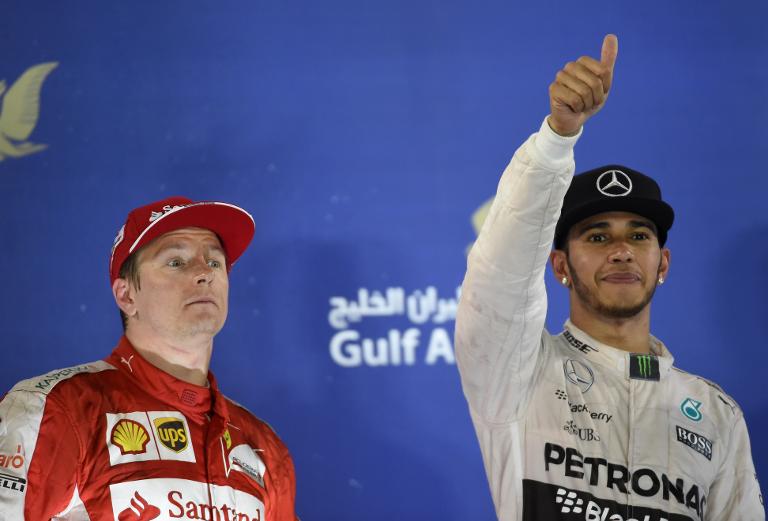 Lewis Hamilton is confident his Mercedes team have the potential and resources to fend off Ferrariâ€™s resurgent form and stay on top in defence of their Formula One world titles this year.

The defending champion and current series leader won Sundayâ€™s Bahrain Grand Prix ahead of Kimi Raikkonen in a Ferrari to open up a 27-points lead in the driversâ€™ title race ahead of his Mercedes team-mate Nico Rosberg, who was third.

But with Raikkonen making a dramatic late charge for glory just a few weeks after his new Ferrari team-mate, four-time champion Sebastian Vettel, won in Malaysia, the Italian team proved they are improving rapidly.

Hamilton, however, believes Mercedes can match Ferrariâ€™s progress in the â€˜development raceâ€™ that always accompanies the driversâ€™ on track battles as the season unfolds.

“I’m confident,” he said after the 36th win of his career on Sunday.

“I know the team will do the utmost and this â€“ a championship fight with Ferrari â€“ is what we want.

“It is what F1 needed and I feel strong enough to fight whoever and whatever is coming now.”

Hamiltonâ€™s form this year â€“ three wins and a second place in the opening four races â€“ is the best of his career and he is clearly revelling in the power and driveability of his Mercedes car as he delivers a series of dominant performances.

He has reeled off four straight poles this year and won nine of the last 11 races â€“ a run that has not only made him a double champion, but also left Mercedes team-mate Rosberg chasing shadows in pursuit.

Rosberg delivered a compelling and competitive performance on Sunday, passing Raikkonen once and Vettel three times before being undone by braking problems in the final laps.

“Ultimately, I think we’re trying to win both championships so I guess the team won’t be 100 per cent happy because we want to finish one-two,” Hamilton said. “Thatâ€™s the target.”

Mercedes team chief Toto Wolff praised “a super job” by Hamilton and added that the Bahrain race had “showed any doubter what a fantastic, aggressive driver” Rosberg can be.

He added: “Overall, that is our eighth podium from the first four races and a super job from the team.

“We have three weeks to the next race (Spain, May 10) and we will get our heads down, use them wisely and come to Barcelona in even stronger shape.

“Ferrari are strong and a real threat to us. Their development has been very impressive over the winter and the last three races — that is quite a challenge for us.”

Mercedes technical chief Paddy Lowe added that he was not too concerned, or nervous, about Ferrariâ€™s resurgence.

“Nervous is not the right word. It’s a competition. This is a more normal championship, where teams compete to win each race — and it’s never easy.”