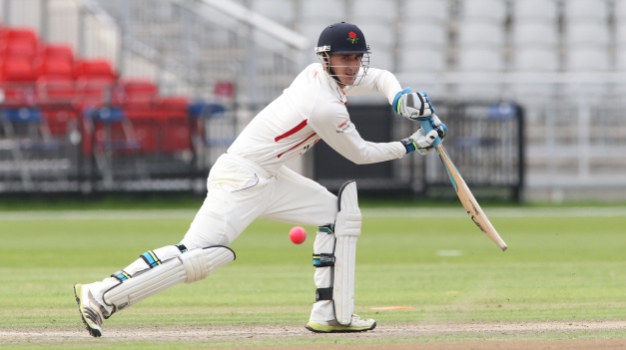 London: A 21-year-old Lancashire all-rounder made history by scoring 350 off only 138 balls in a club game for Cheshire side Nantwich on Sunday.

Liam Livingstone’s stunning innings was the centrepiece of Nantwich’s mammoth 579 for seven in just 45 overs during their National Club Championship clash at home to fellow north-west side Caldy.

Livingstone’s runs came from just 138 balls, including 34 fours and 27 sixes.

“From 100 onwards, I was just trying to whack every ball for six,” he said. “When I got into the high 200s and into the 300s, I realised something quite special could happen.”

His astonishing assault is believed to be the highest recorded individual in any form of one-day match, surpassing the 334 not out made by the then 15-year-old Nikhilesh Surendran in an Indian school fixture in Hyderabad in 2008.

“Had worse days! Thanks for all the messages,” Livingstone said on Twitter.

Three of Caldy’s bowlers, who play in the Liverpool and District competition, long regarded as one of England’s leading club leagues, conceded in excess of 100 runs.

Overwhelmed by what had happened to them in the field, Caldy collapsed to 79 all out as Nantwich won by a scarcely credible 500 runs.

Livingstone, yet to make his first-class debut, endeared himself to Lancashire fans by finishing last season with 204 in the Roses 2nd XI clash against arch-rivals Yorkshire.

“It’s a great feeling, and my phone’s been busy since, with texts and my Twitter going mental. I suppose that’s the good thing about social media,” Livingstone said.

“One of the texts was from Ashley Giles, our cricket director at Lancashire, and for all that this was good fun, the main aim for me this season is to try and earn a place in the first team.”