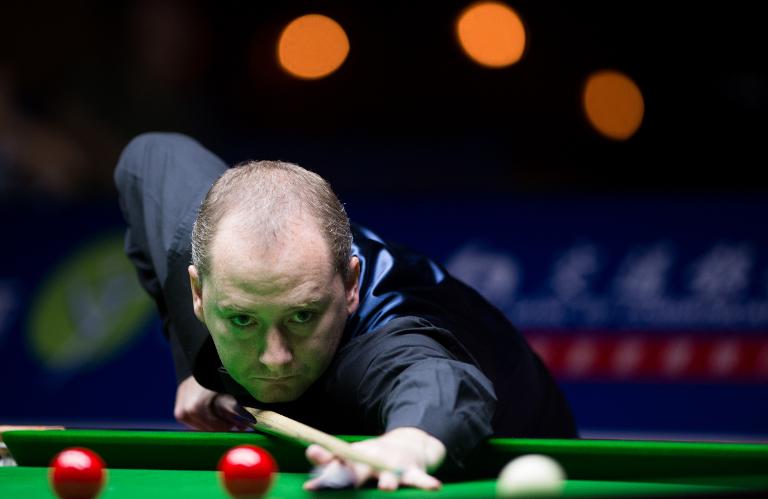 Former champions John Higgins and Graeme Dott both won through to the second round of the World Championship at the Crucible Theatre on Sunday.

February saw Higgins end a run of two-and-a-half-years without a major trophy when he won the Welsh Open and he insisted the desire to win a fifth world title was there, even if he wasn’t sure if his form would hold up.

“I’m feeling relief and pride to beat Robert because he’s a dangerous player. I knew I’d lost my last four matches to him,” Higgins said.

“I thought I hit the ball well. I missed a few but I felt good in amongst them.”

Asked directly whether he could be crowned world champion again this year, Higgins replied: “Nah. There’s more and more contenders out there. I probably know what it takes to win it but there’s more favoured players than me.”

“It would be amazing if I could win it and go level with somebody like Ronnie O’Sullivan on five titles,” he added. “That would be beyond my wildest dreams. The fire is still there.”

The 37-year-old Dott, who had to qualify for this season’s showpiece event after slipping down the rankings, has increasingly found himself at odds with the best of seven frame clashes that are the mainstay of a modern professional snooker event.

But the longer form of the game suits Dott’s style and the 2006 world champion, also the runner-up in 2004 and 2010, compared himself to the stayer that wins British horse-racing’s gruelling Grand National jumps event.

“It’s got to suit me,” Dott said. “If you compare it to horse racing, I’m a Grand National horse but all I’m ever running is seven furlongs, it’s just not long enough.”

He added: “It was nice to win because I wasn’t here last year, which was a horrible feeling.

“It’s nice to know you can still do it at the Crucible. I’m 37 and when you don’t qualify you think maybe that’s me finished.

“I played a good game and I’m delighted to win.”

However, Dott is still angry at having had to play three qualifying matches just to reach this stage when, under the old format, a player with his record would only have had to play one match before the main event.

“If you get qualifiers that are just happy to be here at the Crucible, and get their pictures taken, the three matches help,” Dott said.

“But if you’ve got aspirations to win it, it’s going to hinder you later on.

“You can see fatigue kicking in if you got to the semis, because of those three extra matches.

“I’ve been to three finals and know how tiring it is.”