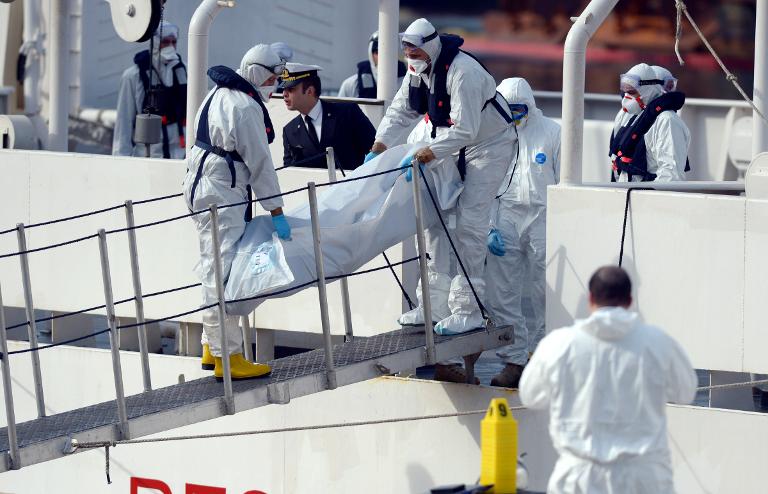 The EU unveiled a 10-point action plan Monday to stem the tide of migrants crossing the Mediterranean after the latest disastrous loss of life, promising to step up both control and rescue operations.

The European Commission said the plan, approved by EU foreign and interior ministers at an emergency meeting in Luxembourg, will be submitted to a summit Thursday as the 28-member bloc tries to halt a growing death toll off its southern shores.

European Union foreign affairs head Federica Mogherini said the plan reflected a determination to respond after the sinking Sunday of a boat carrying perhaps 700 migrants and reports of other vessels being in trouble.

“We need to show that same collective European sense of urgency we have consistently shown in reacting in times of crisis,” Mogherini said.

“The dire situation in the Mediterranean is not a new nor a passing reality,” she added.

The 10-point plan calls first for the current Triton maritime frontier mission to be stepped up, both in funding and resources so it can cover a wider issue.

Triton replaced Italy’s own Mare Nostrum mission which Rome scrapped late last year in protest that its EU partners did not share the burden of the cost.

The EU will also try to capture or destroy people smuggler boats and increase cooperation across the board, the Commission said.

The bloc will offer too a “voluntary pilot project on resettlement, offering a number of places to persons in need of protection,” a key but small step forward in spreading out the problem.

Diplomats said this could cover 5,000 places but the Commission statement gave no figure.

Additionally, the EU will “establish a new return programme for rapid return of irregular migrants.”

It will also step up cooperation efforts with neighbours of war-torn Libya, the epicentre of the problem, the statement said.