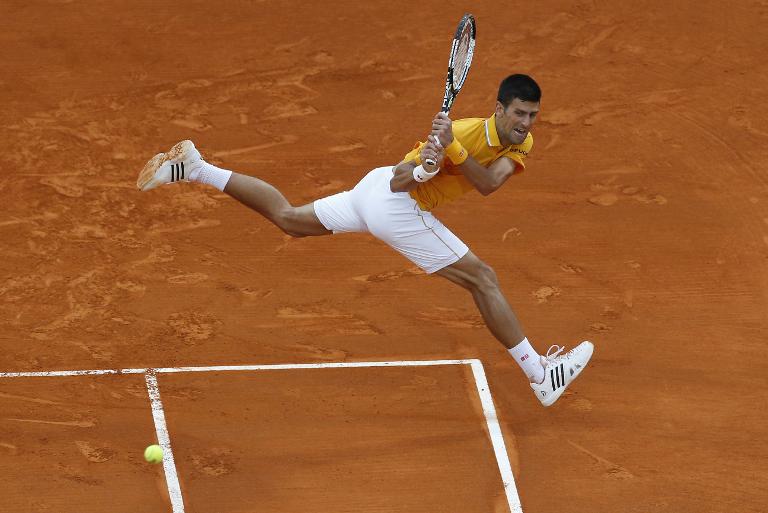 On-form Novak Djokovic knows better than to try and predict how long he can keep up what seems to be a super-human effort on court after winning the Monte Carlo Masters.

The top seed had to survive a comeback as well as a 70-minute rain interruption on Sunday before running out 7-5, 4-6, 6-3 winner over Tomas Berdych.

Djokovic’s victory was his 17th straight win of the season and also marked a fourth straight Masters 1000 title after winning at Paris Bercy last November before adding a Miami-Indian Wells double earlier this year.

The world number one knows he is riding a wave and is not complaining after winning his 30th match and fourth title of 2015.

“Honestly I’m not thinking about how long I can keep it or how long the streak will go,” he said.

“Fortunately I had a similar situation in my career, in 2011, when I won over 40 matches in a row.

“I really don’t know, it’s something I can’t influence and predict.

“What I can do and influence right now is rest, recover, because I need at least a week of good rest. It’s been a long couple months for me.”

“I cannot complain. But I played a lot of matches, travelled a lot with Davis Cup, Dubai, Indian Wells, Miami, coming here, not having too much time, already getting into clay that is a totally different surface.

“I’m healthy, obviously very confident. Everything is going in the right direction. I just need to take some time off, which is equally as important as the work I do on the court.”

The Serb is due for at least a week off before returning to the courts for the Madrid Masters in early May, where he will try to extend his run of imperious form.

Djokovic said that he somehow feels better on court than he did four years ago during that record winning run.

“I do enjoy tennis, but I enjoy being a (new) father and kind of combining it all together. It gives me a great fulfilment, satisfaction and joy to keep on going.

“Everything has more sense. I have a greater purpose, I would say, of playing tennis than it was the case in 2011.”