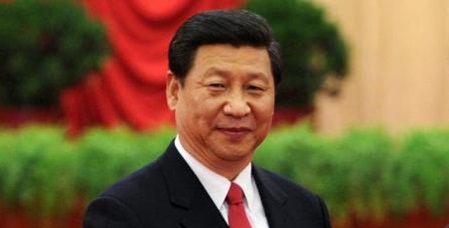 Like the Indian prime minister, he too sold a dream to come to the pinnacle of his power. He called it the China Dream: Â

“Our people expect better education, more stable jobs, better income, more reliable social security, medical care of a higher standard, more comfortable living conditions, and a more beautiful environment.”Â Â But he went through the baptism of fire to emerge as a robust pragmatist, learning from the illusions of the Cultural Revolution.

When he was 10, his father was purged and sent to work in a factory. His secondary education was cut short by theÂ Cultural Revolution, when all secondary classes were halted for students to criticise and fight their teachers. He was 15 when his father was jailed. Without the protection of his father, he went to work. Finally, he took a chemical engineering degree, and through decades of leadership training became Chinaâ€™s man of destiny. Â

Xi JinpingÂ was born on June 15, 1953 in Beijing. Xi has a Communist Party pedigree: his father was Communist revolutionary figure, his elder brother served at the top of China’s government.

Xi joined theÂ Communist Youth LeagueÂ in 1971 and theÂ Communist Party of China (CPC)Â in 1974. Â He began his career as an aide to a military leader. Xi rose in the ranks, earning a reputation as a problem solver in Fujian and Zhejiang provinces.

In 1982, Xi became county deputy secretary in Zhengding, Hebei province, his first experience in rural politics. Â He was based there until 1985, when he was appointed a party committee member and a vice mayor ofÂ XiamenÂ (Amoy) inÂ FujianÂ province.

In 2000, Xi became governor of Fujian, and held the position of deputy secretarial and governing posts till 2002. His fortunes got a boost in early 2007 when a scandal surrounding the upper leadership of ShanghaiÂ led to his taking over as the cityâ€™s party secretary. Â

A year later, he was made the vice president of the People’s Republic of China. He held a number of portfolios as he was in charge for the preparations for theÂ 2008 Summer Olympics, as well as the central government’s leading figure in Hong Kong and Macau affairs. He also became the new President of theÂ Central Party School.