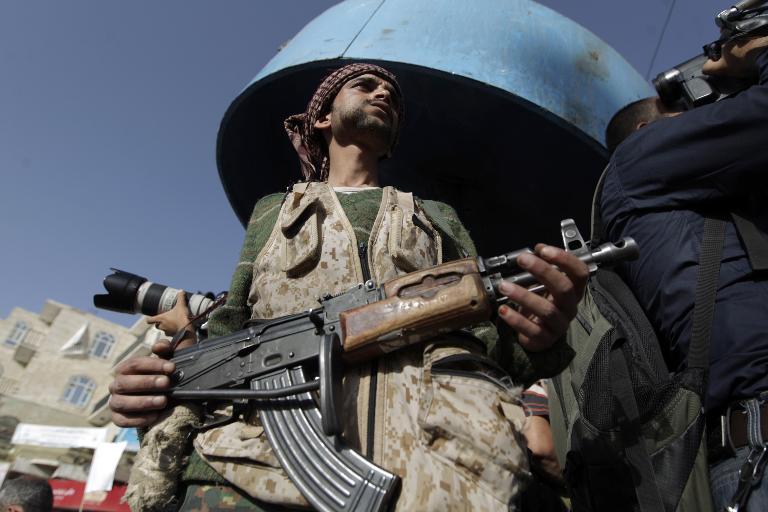 With conflicts raging across the Middle East, the US is seeking to reassure its Gulf allies that it has a regional strategy which will be bolstered, not shredded, by any Iran nuclear deal.

The US administration appears increasingly caught in a game of whack-a-mole as it confronts a series of complex challenges, with Saudi-led airstrikes in Yemen just the latest complication in a regional tinderbox pitting Sunnis against Shiites, and even Sunni against Sunni.

From the war in Syria, to the collapse of Libya’s government, the battle against the Sunni Islamic State militants and the conflict in Yemen, the so-called Arab Spring has unleashed decades of pent-up sectarian and tribal tensions.

“The growing complexity of the various struggles the United States now faces have all the focus and simplicity of a kaleidoscope, and it is unclear that the United States and its allies have any clear strategic options that offer a credible response,” wrote Anthony Cordesman, expert with the Center for Strategic and International Studies.

As a June 30 deadline for a deal with Iran on its nuclear program nears, US President Barack Obama has convened a summit of Gulf leaders seeking to allay their fears over any US rapprochement with the Shiite Islamic republic, and to brainstorm on how to tamp down regional fires.

The talks at the White House and the wooded presidential retreat of Camp David on May 13 and 14 will “discuss how we can further strengthen our security cooperation while resolving the multiple conflicts that have caused so much hardship and instability throughout the Middle East,” Obama said earlier this month.

The US administration contends that reining in Iran’s suspect nuclear program will make the region inherently safer, removing an imminent threat of an atomic bomb, and perhaps bringing the regime a step closer to international reintegration.

But it is also taking a gamble that during the 10-15 year duration of any comprehensive deal, there could be domestic changes which may see a fundamental shift in Iran’s regional ambitions.

It’s a claim viewed with skepticism by critics who believe a nuclear deal may just embolden Iran, already blamed for meddling across the Middle East: backing Huthi Shiite rebels in Yemen, supporting the regime of Syrian President Bashar al-Assad and arming Hezbollah and Hamas militants.

“For Iran to be a valuable member of the international community, the prerequisite is that it accepts restraint on its ability to destabilize the Middle East and challenge the broader international order,” former secretaries of state Henry Kissinger and George Schultz wrote in The Wall Street Journal.

“Absent the linkage between nuclear and political restraint, America’s traditional allies will conclude that the US has traded temporary nuclear cooperation for acquiescence to Iranian hegemony.”

While Obama has proved unwilling to commit huge military resources to either Syria or Iraq, the US is leading coalition airstrikes against IS jihadists, providing vast amounts of humanitarian aid and seeking to train and shore up local security forces.

Washington is also giving intelligence support to the Arab-led coalition seeking to dislodge the Iran-backed Shiite Huthi militias in Yemen.

Some believe Obama’s support was compensation for US indecisiveness in Syria.

Saudi-US ties frayed badly last year amid dismay in the Sunni majority Gulf kingdom at the lack of US action in Syria.

But analysts warn against “outsourcing” the fight, particularly against the IS militants, to “a hodge-podge” of non-state actors and militias, some backed and openly guided by Iranian military forces.

If the militias win in Iraq, “what it will have done is everyone, including the US, will have taken part in undermining the central state even further,” said Yezid Sayigh, expert with the Carnegie Endowment for International Peace.

Iraqi Prime Minister Haider al-Abadi, during a key visit to Washington this week, demanded all military assistance should go through his government, and bemoaned what he called “a regional competition for control” alluding to Saudi Arabia and Iran.

Another Carnegie expert, Fred Wehrey, argued Obama should press his Gulf allies to ensure real political reforms as an “antidote to the Shiite-Sunni split.”

“Identities flare up when people feel they have no protection from the government,” Wehrey said. “Iran and Saudi Arabia… are pouring the gasoline on that.”

State Department acting spokeswoman Marie Harf Friday acknowledged the Gulf countries’ concern. “This is their back yard. This is their neighborhood.”

“But there are things we can do to reassure them of our capabilities and what we can do to help them feel more secure,” she insisted.

The question is whether any US strategy may come too late, and whether it has already created a huge “credibility gap” by “reacting tactically to the immediate pressure of events in the Middle East… without any clear goals or direction,” said Cordesman.

The administration “cannot afford to simplify, spin or ignore” any of the challenges confronting it, he argued.