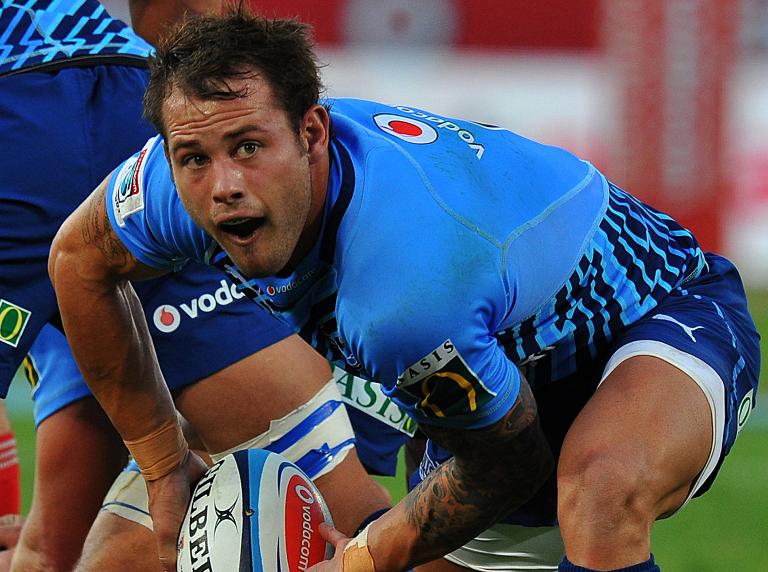 Northern Bulls rose four places to second in the Super 15 standings after an ugly 17-10 victory on Saturday at fellow South Africans Coastal Sharks.

Flanker Marcell Coetzee crossed the try-line for the Sharks and fly-half Fred Zeilinga kicked a conversion and a penalty before a sombre Kings Park stadium crowd in Durban.

Bulls led 8-3 at half-time but fell two points behind early in the second half before Pollard slotted three penalties to secure a sixth victory from nine games.

The New Zealand Wellington Hurricanes top the standings with 33 points, the Bulls have 28 and Australians ACT Brumbies are on 26 after 10 rounds of the southern hemisphere inter-provincial championship.

Sharks, tipped by many pundits to be the strongest South African contenders before the competition started two months ago, lie ninth 12 points behind the leaders.

The match was an eye-sore with battering-ram rugby the order of the day. It was raw, highly physical and error-strewn with much poor handling and many turnovers.

When there was tactical kicking, it was often misplaced, and Sharks supporters left the ground disillusioned after a poor game and a third straight loss for the Durban team.

Although camped in opposition territory for the first quarter of the game and dominating possession, the Bulls fell behind on 18 minutes to a Zeilinga penalty.

Zeilinga missed another shot at goal before Springboks 2015 World Cup contender Pollard restored parity on the half-hour with his first penalty.

The highlight of the game came on 36 minutes as Hougaard scored after a brilliant exchange of passes with scrum-half Rudy Paige close to the right touchline.

Pollard watched his difficult conversion rebound off the far post and the Pretoria outfit went into the break with an unflattering five-point lead.

A rare spell in Bulls’ half of the pitch brought early second-half reward for the hosts as Coetzee claimed his fifth try of the season after a break by scrum-half Cobus Reinach.

Zeilinga converted and Sharks had a two-point advantage that lasted just four minutes before a Pollard penalty put the visitors ahead again.

A further two successful penalty kicks by Pollard in between a change of half-backs by the Sharks brought a dour affair to a close.

Sharks have a bye next weekend while the Bulls face another tough South African derby away to sixth-place Western Stormers in Cape Town.