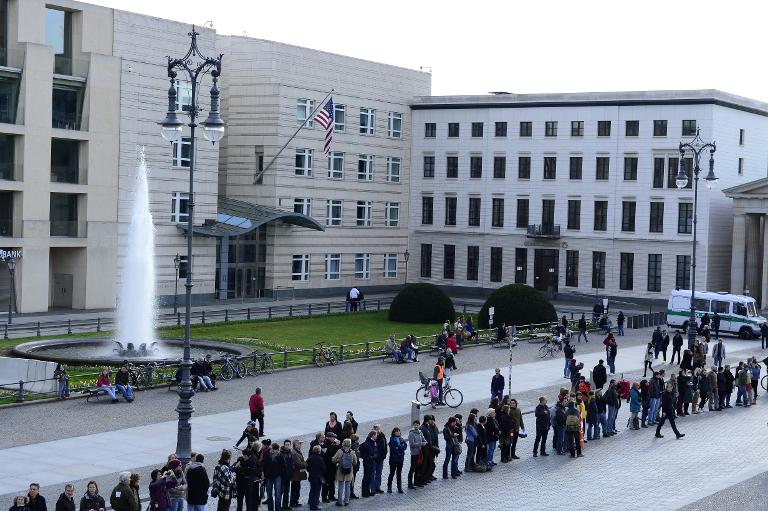 Thousands of protesters took to the streets in Europe on Saturday to oppose the world’s biggest free trade pact between the US and European Union.

Resistance to the proposed Transatlantic Trade and Investment Partnership (TTIP) is fierce in Germany, with tens of thousands joining demonstrations across the country, a spokesman for lobby group Attac Germany said.

Demonstrations in other European cities also drew protesters, including 2,000 in Brussels, 1,000 in Madrid and Helsinki, and around 300 in Warsaw and Prague.

The protests came as US and EU officials are set to resume a new round of negotiations in New York on Monday.

The EU-US trade deal would not just slash the already low trade tariffs the two parties share but would also harmonise regulations to an unprecedented degree, affecting goods and services as far-ranging as Roquefort cheese and accounting.

But campaigners in Europe are convinced that powerful interests are selling the consumer short in the secret negotiations.

The most contentious part of the deal includes a clause which allows corporations to sue governments in tribunals that are above national law.