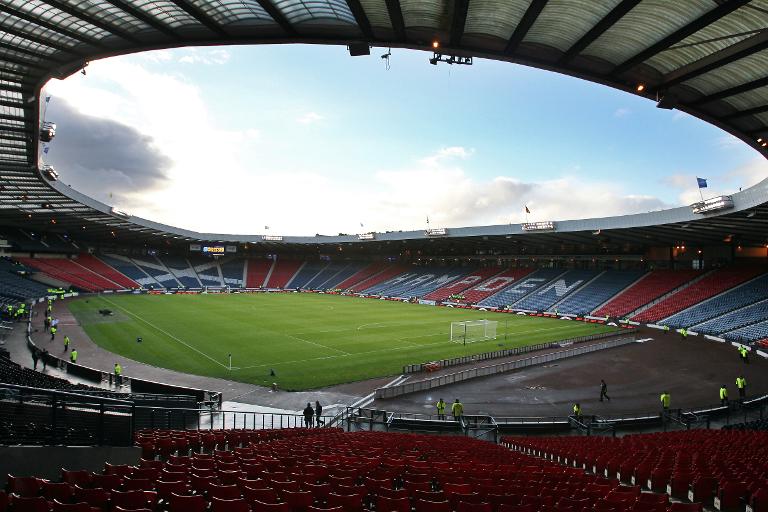 David Raven grabbed a late winner in extra time to book Inverness Caledonian Thistle’s place in the Scottish Cup final as they ended ten-men Celtic’s treble dreams with a 3-2 victory in controversial circumstances at Hampden.

Celtic had taken an 18th minute lead thanks to a curling Virgil van Dijk free kick before they were controversially denied a penalty on the stroke of half-time when Josh Meekings stopped a Leigh Griffiths header with his arm.

Greg Tansey then levelled from the spot in the 58th minute after Celtic ‘keeper Craig Gordon was sent off for hauling down Marley Watkins.

Edward Ofere fired Inverness in front in the 96th minute before a blunder from Inverness ‘keeper Ryan Esson allowed substitute John Guidetti’s free kick to bounce over him as Celtic got a 103rd minute equaliser.

With time running out, Raven blasted home a winner in the 117th minute as Inverness, who famously knocked Celtic out of the same competition in 2000 while part-timers, claimed a place in the final for the first time in their history.

Inverness will face Falkirk on May 30 after the Bairns defeated fellow-Championship side Hibernian 1-0 in Saturday’s semi-final thanks to Craig Sibbald’s headed goal.

Celtic manager Ronny Deila said it had been a tough day.

“It was hard to take. I think we fought very hard for 120 minutes and when you don’t get the result you want it’s a blow for us,” Deila said.

“We still have a lot to fight for and the league title is the most important thing.”

Inverness manager John Hughes was understandably delighted with the win.

“We got a break but we’ve worked ever so hard. I thought my boys were outstanding,” Hughes said.

“Our passing had to be crisp and we had to be brave and show courage to get on the ball and express ourselves.”

It was the Highlanders who did the early pressing at Hampden with Graeme Shinnie earning them a free kick that Tansey curled over the bar from 20 yards.

Celtic then came close to opening the scoring in the 13th minute when Nir Bitton’s snatched shot came crashing off the bar.

The opener eventually came in the 18th minute after Warren went into the book for hauling down James Forrest on the edge of the box. Van Dijk stepped up to take the free kick and he sent his curling effort up and over the defensive wall and in off the inside of the near post.

The biggest controversy of the half came in stoppage time.

Esson was out early to block a shot from Johansen and the ball worked its way to Griffiths at the back post where the Scotland striker sent a header towards goal which was stopped by the outstretched arm of Meekings.

Despite the presence of an extra official behind the goal the incident was missed and Celtic’s penalty appeals were dismissed.

The incident became even more galling to the Celtic support when Inverness were awarded a penalty of their own in the 56th minute.

Adam Matthews, under pressure from Watkins, prodded the ball back towards his own goal, but the Inverness player was alert to it and managed to poke it round Gordon before the ‘keeper wiped him out.

Gordon was shown a straight red with Tansey blasting the ball beyond substitute Lukasz Zaluska to bring Inverness level.

Inverness found themselves in front for the first time in the 96th minute when Watkins laid a Shinnie cross off to Ofere, who lashed the ball into the bottom right-hand corner from 15 yards out.

However, the Hoops weren’t behind for long as Guidetti scored five minutes after coming on as a replacement for Griffiths.

The Swedish striker’s free kick took a wicked bounce right in front of the diving Esson, but the ‘keeper should have stopped his effort.

Inverness grabbed victory late on when captain Shinnie laid the ball across goal for Raven who smashed the winner home.