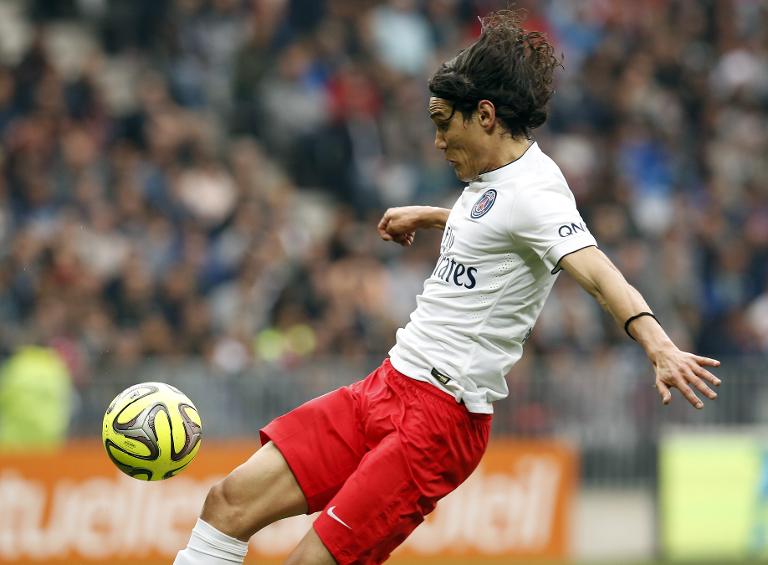 Paris Saint-Germain bounced back from their Champions League humbling against Barcelona by beating Nice 3-1 on Saturday to boost their bid for a hat-trick of Ligue 1 titles.

A clinical first half finish from Javier Pastore put PSG in charge against the run of play before Mathieu Bodmer deflected a speculative effort from Said Benrahma to level with the last kick of the half.

But Paris took a decisive lead in the second half with a fine volley from Pastore and an Edinson Cavani penalty in a game sandwiched between Champions League commitments.

“We must face the facts: two days ago, we were playing a game against Barcelona. We are tired. I’m not complaining, that’s how it is but Nice had a whole week to rest,” coach Laurent Blanc explained.

“We always try to fight physical and mental fatigue. The first half was difficult for us and Nice played well,” he added.

“At half time, I told the players that we shouldn’t focus on the first half. We came to Nice to get the three points and everyone agreed to make the required efforts. The second half was even better.

“It was important for us not to lose twice in a row.”

PSG temporarily moved a point ahead Lyon at the top of the table ahead of Sunday’s derby against Saint-Etienne.

With Zlatan Ibrahimovic and Marco Verratti suspended, on top of injuries to Thiago Silva and Thiago Motta, PSG coach Laurent Blanc had to rely on a reshuffled team to get past the French Riviera side.

Lucas Moura, Serge Aurier and Lucas Digne were introduced into the starting line up while former Chelsea defender David Luiz, despite not being fully fit, was bestowed with the captain’s armband.

But it was Pastore’s fourth goal of the season, following a defence-opening pass by Lucas, who gave PSG the breakthrough with their first real chance of the match.

It was, however, quickly cancelled out by former Parisian Bodmer, although Nice still went into the half-time break frustrated to have nothing more to show form their first half dominance.

The second half was a complete reversal, though, as Nice goalkeeper Simon Pouplin shined, preventing David Luiz and Lucas from finding the back of the net.

Pastore added his second of the afternoon just after the hour mark as he latched onto a rebound after Pouplin saved his original driven effort.

Cavani, brought down in the box by Jordan Amavi, bagged his ninth of the season on 69 minutes to seal the deal.

In Saturday’s late games Monaco missed the chance to take a significant step towards returning to the Champions League next season as they conceded an equaliser two minutes from time at home to Rennes.

Bernardo Silva had given them a 28th minute lead but Habib Habibou struck late on to snatch a 1-1 draw for the Bretons.

Monaco remain in third place as they refocus on overturning a 1-0 first-leg deficit at home to Juventus in the second leg of their Champions League quarter-final in midweek.

But crucially, they failed to fully exploit fourth-placed Marseille’s continued slump as Marcelo Bielsa’s side went down to a 1-0 defeat at Nantes on Friday night.

They are now two points behind Monaco in the fight for third place.

Metz and Lens switched places in the bottom two as the former gained three crucial points in the relegation fight with a 2-1 win, although they remain eight points from safety.

Toulouse climbed three points away from the drop zone with a 1-0 win at third from bottom Lorient.

Corsicans Bastia and Evian are only two points above Lorient after the former lost 2-1 at home to Reims and the latter drew 1-1 at Guingamp.