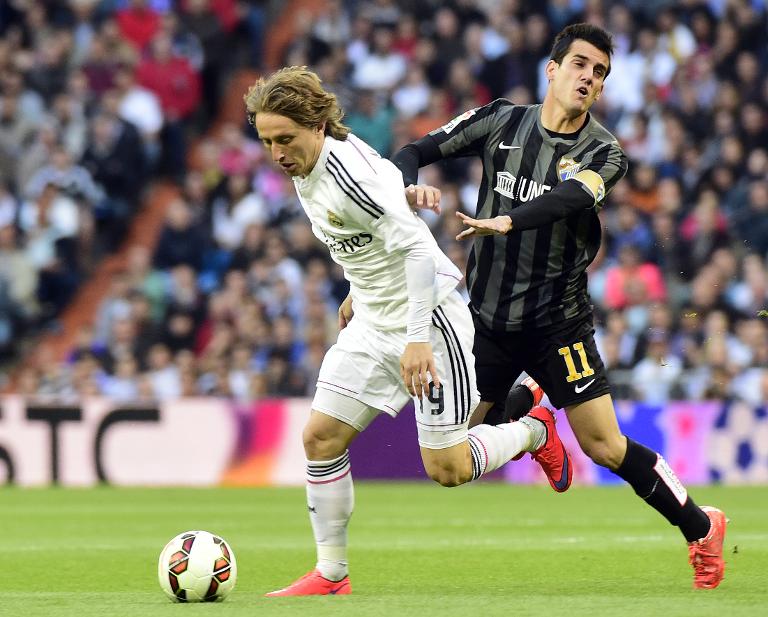 Real Madrid suffered a huge injury blow ahead of their decisive Champions League quarter-final, second leg against Atletico Madrid on Wednesday with the news Luka Modric will miss the majority of the rest of the season with knee ligament damage.

Gareth Bale is also expected to miss out against the Spanish champions after limping off after less than five minutes of Madrid’s 3-1 victory over Malaga on Saturday with a calf injury.

“After the tests carried out on Luka Modric by the Real Madrid medical team, they have diagnosed a sprain in the medial collateral ligament in his right knee,” the club said in a statement on Sunday.

Madrid did not indicate how long the Croatian would be sidelined for, but Spanish media reported he is set for six weeks out which would end his season, barring Real make it to the Champions League final on June 6.

Modric has only recently returned from a five-month injury lay-off and his presence has coincided with Madrid’s upturn in form in recent weeks.

The European champions will now have to overcome an injury crisis to reach the semi-finals for a fifth consecutive year against a side they haven’t beaten in seven attempts since coming from behind to win the Champions League final 4-1 last season.

As well as Bale and Modric, striker Karim Benzema is a doubt due to a knee injury which forced him to miss the win over Malaga.

Meanwhile, Fabio Coentrao is set to start for the first time in six weeks at left-back as Marcelo is suspended.

The tie is locked at 0-0 following a stalemate in the first-leg at the Vicente Calderon last week.