Home Cityscape Delhi Metro to have trains that run without drivers 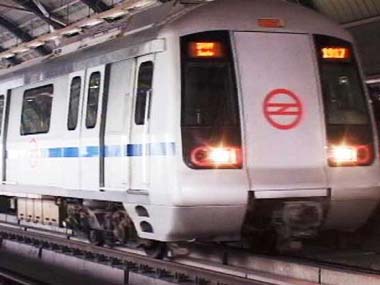 New Delhi: The sight of driverlessÂ DelhiÂ Metro trains whizzing past stations, crowded and deserted, is all set to become a reality as upgraded new-generation coaches are being introduced on two upcoming lines as part of its Phase-III of expansion.Â

“The frequency of trains would increase to a much greater level and the gaps between two trains would come down to around 90 seconds due to this Communication-Based Train Control (CTBC) technology,” a Metro spokesman said.Â

An official explained that these trains would be able to accommodate as many as 240 commuters more in six coaches as the cab of the trains is not required in driverless trains.Â

A total of 68 stations on the upcoming lines would also have Platform Screen Doors for greater safety and to prevent suicide attempts.Â

“More than 60 per cent work is complete on those lines” an official added.Â

Asked whether the technology would be implemented on the other upcoming lines of Phase-III, the official said that would not be possible as they are merely extensions of existing lines.Â

“The technology is being implemented on Line 7 and 8 as the entire lengths of the corridors are being constructed,” the official said.Â

The trains would also be “10%” more energy efficient than the operational ones because of improved design features, including more regeneration of energy during braking and energy efficient subsystems such as LED lighting.