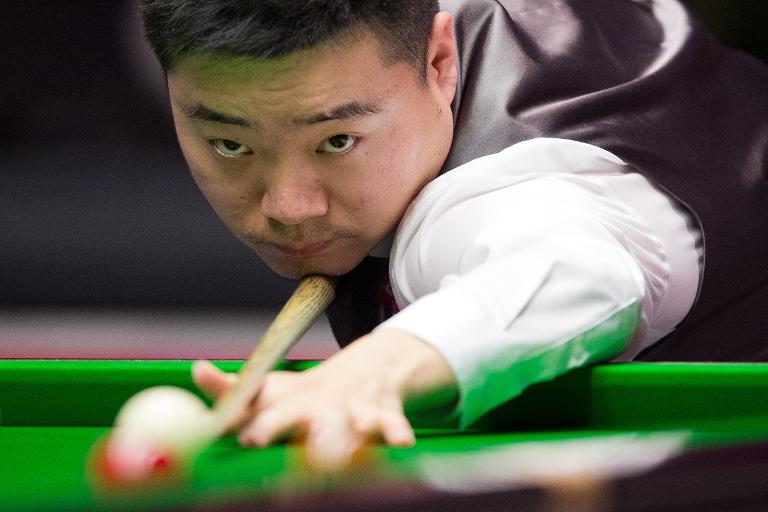 Snooker great Steve Davis believes China’s Ding Junhui can become Asia’s first world champion, provided he has a friendly face by his side.

Ding, still only 28, begins his ninth attempt to win snooker’s most prestigious prize when he faces Mark Davis at Sheffield’s Crucible Theatre in northern England on Monday.

Although he has twice won the UK Championship, the sport’s second-most important tournament, Ding’s best run at the World Championship was a semi-final appearance back in 2011.

Despite snooker’s growing popularity in Asia, the bulk of the sport’s top players are still from Britain and Ireland.

As a teenager, Ding uprooted himself from his native China in order to forge his professional career in England.

And Davis believes a lack of support is the only thing holding back Ding from realising his world title dream.

But not even Davis carried the hopes of as many millions as Ding, one of the starts of modern-day Chinese sport.

Ding’s career has contained plenty of highlights — only Ronnie O’Sullivan, Mark Williams and John Higgins among current competitors at the Crucible have won more major ranking events — but he has unable to match the trio’s achievement of lifting the World Championship trophy.

“Sometimes you can complicate things by over-analysing, doing too much, having too many people around you,” Davis said Sunday.

“He could do with having a mate with him, like me and Barry, having a good laugh as much as you can between matches, and trying to enjoy the challenge rather than try too hard.”

“With Ding, you felt he was going to go from strength to strength and push the barriers up, but you don’t know when you’re going to hit a brick wall or a ceiling and he’s hit a ceiling where he hasn’t been able to dominate.”

Ding has suffered several first-round defeats this season, although there were signs of a return to form when he reached the semi-finals of the recent China Open.

“When he beat me in the 2005 UK Championship final, I did feel he was going to become the player that everyone couldn’t beat,” Davis said.

“What I would say in his defence is that unlike other sports like golf or tennis where they don’t have a World Championship as much as majors or grand slams, we have one tournament a year called the World Championship, and to be able to try to guarantee victory in one event is quite difficult. You can’t really.”

Davis added: “It might be that he’s under too much pressure from back home. He’s never got the balance right, so we all keep waiting for it to happen.

“I would still be astonished if the first Chinese world champion wasn’t him, but it could happen.

“The trouble is that the harder you try, the worse it gets. The modern-day way is to go down the road of sports psychologists with a view to getting yourself ready for it, mind, body and soul.”