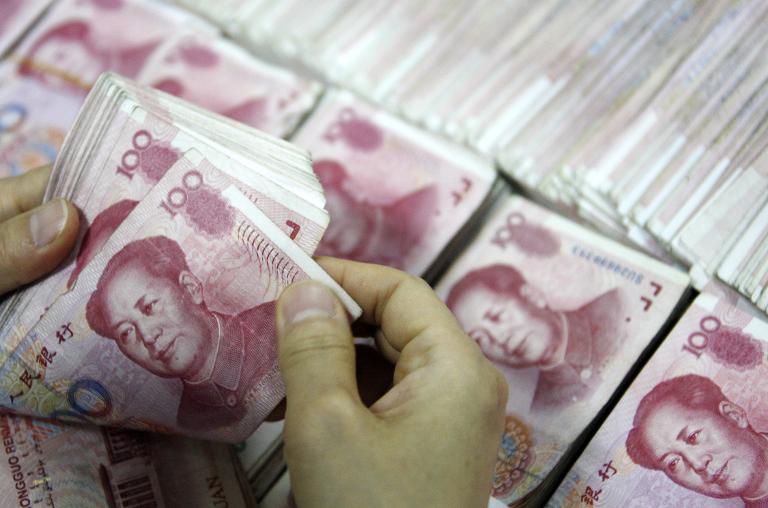 China’s central bank announced Sunday it would cut the level of funds that commercial banks must hold in reserve by one percentage point, the second such move this year to boost lending.

It will also give a 0.5 percent cut to certain banks that give agricultural or small-business loans.

The cuts will “further enhance the ability of financial institutions to support restructuring,” the PBoC said.

The reduction in the reserve requirement ratio (RRR) — the amount of cash banks must keep on hand — follows a similar move in early February, which was the first across-the-board cut since May 2012.

“The move is positive, showing policymakers are trying to offset the impact of potential capital outflow and stabilise the macro environment,” Qiao said, adding that the cut “shows the intensification of policy easing”.

Growth in industrial output and retail sales slowed in March, while the figure for fixed asset investment also weakened in the first three months of the year, raising expectations of further efforts to shore up the economy.

Reducing the RRR is a stimulatory measure as it increases the amount of money banks can lend out and thus helps to boost economic activity.

Besides the RRR cuts, the central bank has lowered benchmark interest rates twice since November as the Asian giant’s economic growth slowed last year to a 24-year low.

Economic data have continued to disappoint this year, raising alarm bells that growth is weakening too quickly, despite authorities’ acceptance of a more sustainable growth model that places greater emphasis on consumer spending to drive expansion.

The PBoC carried out targeted RRR cuts last year, part of a series of “mini-stimulus” steps introduced from April when growth began to slow.

Last month China lowered its GDP growth target to “approximately seven percent” for this year from last year’s objective of about 7.5 percent.

Consumer inflation held steady at 1.4 percent in March from February. It struck a more-than-five-year low of 0.8 percent in January, but a further 4.6 percent percent plunge in factory gate costs — a leading indicator for retail prices — compounded nagging worries that China could face debilitating deflation.

Leaders in March also set the consumer price index target at “around three percent” for this year, down from last year’s goal of about 3.5 percent.

The RRR cut comes one day after People’s Bank of China governor Zhou Xiaochuan suggested in an interview with Bloomberg News that Beijing could take steps towards further easing.

“We have room in the reserve ratio and our interest rates are not zero yet,” Zhou said on the sidelines of the International Monetary Fund’s spring meeting in Washington.

“There is definitely room. But we need to adjust carefully. It doesn’t mean we will have to utilise it or fully utilise the room,” he added.