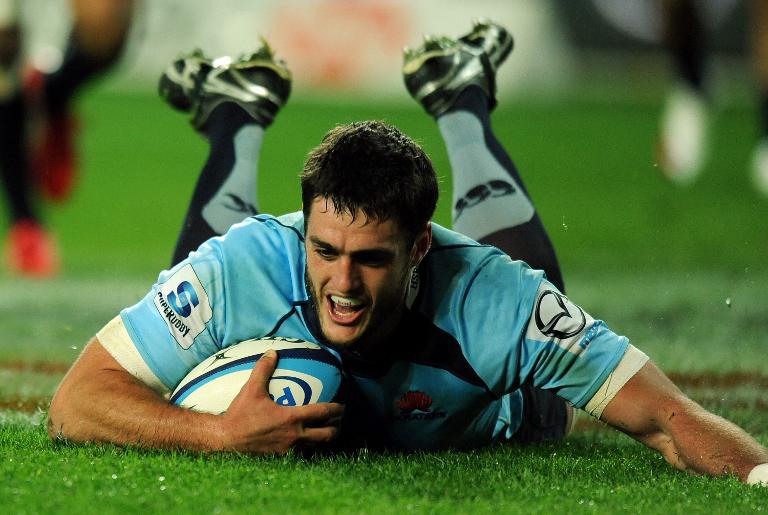 Defending champions NSW Waratahs discovered the form that has eluded them all season when they shocked the previously unbeaten Wellington Hurricanes 29-24 at Westpac Stadium on Saturday.

The loss for the Hurricanes was not enough to knock them off the top of the Super 15 ladder but for the Waratahs it meant a rapid rise from 10th place into the top six.

With both sides favouring a running game the match was an eight-try extravaganza, with both sides securing a four-try bonus point.

The Hurricanes picked up an extra bonus point for the close finish to put them a point ahead of the Waikato Chiefs who had briefly hit the front of the competition following their 26-9 win over the Canterbury Crusaders on Friday.

Although the Waratahs went into the match with a four-wins, three-losses record for the season, captain Dave Dennis said they never stopped believing in themselves.

“Not many people gave us a chance against the leaders, but we had a lot of belief that we could come over here and put in a good performance, and although it wasn’t perfect it was a very big win for us,” he said.

“We felt we could create a lot of opportunities on attack, and we did that, but we leaked too many tries. (Defence) is something we’ve done well so far this season but it wasn’t good enough tonight,” Smith said.

After the Hurricanes bungled two early scoring chances when Ardie Savea lost the ball over the line and brother Julian was called back for a forward pass, it was the Waratahs who scored first.

From a sustained attack on the Hurricanes line that went through 11 phases, Peter Betham eventually found a hole in the defence to cross for the opening try.

The Hurricanes struck back with two tries in two minutes with skipper Smith getting over first, running the short side from a five-metre scrum.

Beauden Barrett converted from out wide, then scored immediately when he gathered his own chip kick from the restart and raced 60 metres to the line.

The Waratahs’ two most influential forwards featured in their second try with Wycliff Palu starting the move and Will Skelton finishing it.

Brad Shields scored the Hurricanes’ third try in the countdown to half-time and Betham instantly responded with his second try for the Waratahs as the first half ended at 19-all.

The Waratahs stepped up the physicality in the second half, taking control up front and opening up a nine point lead.

Israel Folau stepped around Julian Savea for the Waratahs’ bonus-point try with Foley landing the conversion and a penalty.

TJ Perenara scored a late try for the Hurricanes to ensure they escaped with two bonus points.