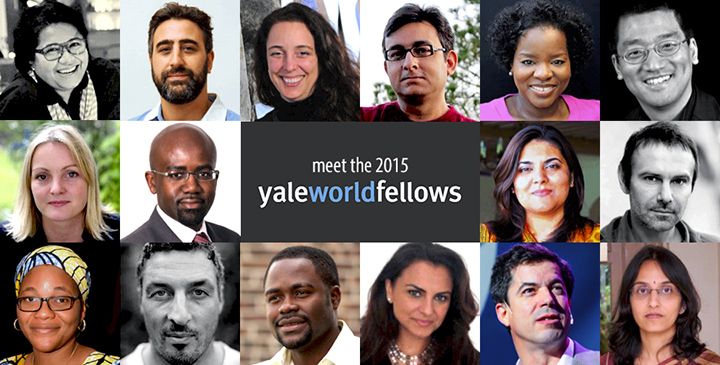 New York: Two Indians are among 16 people named by Yale University as its 2015 World Fellows, the signature global leadership development initiative at the prestigious US institution.

Zeena Johar, SughaVazhvu Healthcare Founder and a journalist and author Rahul Pandita will arrive at the university later this year for an intensive four-month period of academic enrichment and leadership training.

“The Fellowship was designed to provide people like these, working tirelessly toward large scale change, a valuable opportunity to take a step back from the intensity of their work, to learn from and exchange with the University community and to develop strong relationships with like-minded peers,” said incoming Yale World Fellows Director Emma Sky.

SVHC’s innovative care delivery model has enabled over 70,000 patient visits through its network of nine clinics in Rural Tamil Nadu.

A member of the Governing Board at Institute of Bioinformatics and Applied Biotechnology Bangalore, Johar is currently pursuing Program for Leadership Development at the Harvard Business School.

New Delhi-based Pandita has reported extensively about conflicts in Iraq and Sri Lanka and is known for his reportage on Maoist insurgency in central and eastern India, and on the turmoil in Kashmir, Yale said.

A recipient of the International Red Cross Award for conflict reporting, Pandita was the Opinion and Special Stories editor of a leading Indian daily.

A total of 18 Indians, including actress Nandita Das and Liberal Democratic Party President Prodyut Bora, have been selected as Yale World Fellows since the program’s commencement in 2002. The 2015 class brings the total number of Yale World Fellows to 273, representing 84 countries.