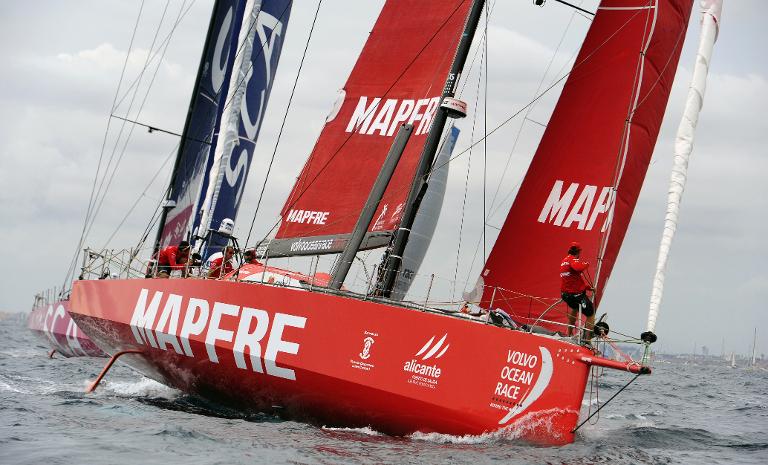 Spanish team MAPFRE were hit by a two-point penalty on Friday, taking them from fourth to fifth in the standings of the Volvo Ocean Race after breaching rules during the fifth leg to Brazil.

The crew made structural changes to the bow and part of the boatâ€™s rigging because they feared breakages in the Southern Ocean on the 6,776-nautical mile (nm) trip from Auckland to ItajaÃ­.

However, the repairs and alterations were not first cleared with the raceâ€™s authorities as demanded by the rules in the one-design class.

An independent jury appointed by the sportâ€™s governing body, ISAF, found against MAPFRE, but cleared of them of deliberately trying to improve the performance of the boat by illegal means.

MAPFRE also retained their official second place finish from the stage, generally reckoned to be the toughest in the event.

Xabi FernÃ¡ndez, who will be skipper of the team for the next leg to Newport, Rhode Island, complained that the penalty was out of proportion for the rule breach, which he said was essentially a failure to follow protocol.

â€œIt was just an administrative error and a little bureaucracy regarding the way a boat informs of any damage suffered and how it is repaired,â€ he said in a statement.

â€œWe have been given a penalty for making the repairs, and the team does not agree with it. We feel it is completely out of proportion.â€

The decision leaves the Spanish team trailing overall leaders, Abu Dhabi Ocean Racing, by 11 points with four legs to complete in the 38,739nm, nine-month event that is scheduled to finish in Gothenburg, Sweden, on June 27.

The next leg begins on Sunday (1700 GMT), but first the boats contest an in-port race in ItajaÃ­ on Saturday.