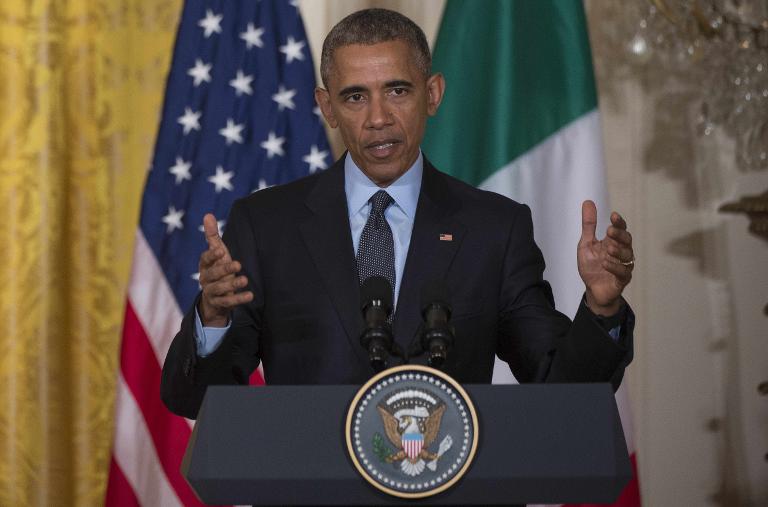 “Today, there’s no greater threat to our planet than climate change,” Obama said in his weekly address, which had an environmental theme to mark Earth Day on April 22.

“Climate change can no longer be denied, or ignored,” he added, noting that 2014 was the hottest year on record.

The United States is the second largest greenhouse gas emitter after China, and Obama has pledged to reduce US climate pollution by 26-28 percent from 2005 levels by 2025.

“This is an issue that’s bigger and longer-lasting than my presidency,” Obama said.

“This is the only planet we’ve got. And years from now, I want to be able to look our children and grandchildren in the eye and tell them that we did everything we could to protect it.”

Obama said he would travel to the Florida Everglades, a region known for its tropical wetlands, on Wednesday to talk about the ways in which climate change affects the economy.

“Rising sea levels are putting a national treasure â€“- and an economic engine for the South Florida tourism industry â€“- at risk,” Obama said of the famous wetlands.

Obama, who has made the fight against climate change one of his priorities, hopes to help seal a global deal at an international climate conference in Paris in December.